Carlow VS bans student from school because she has epilepsy

THE Department of Education and Skills is investigating claims that a 13-year-old was told by Carlow Vocational School that she could no longer attend the school because she has epilepsy.

Ann Fitzpatrick from Ballybar, Tinryland was told in April by Carlow VS that her daughter, Carol Ann, couldn’t attend the school for health and safety reasons and advised her that she should be home-schooled instead. Carol Ann hasn’t been back in the school since then and now her mother has fears about her future education. 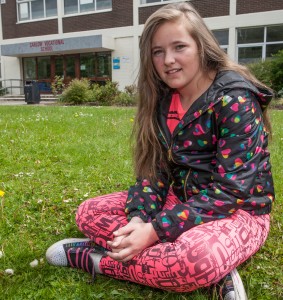 Carol Ann only developed epilepsy back in November when she attended a school disco which, her mother believes, triggered the condition. From November to mid-April the teenager suffered about 14 seizures while still at school, which led management to tell the Fitzpatricks that she would have to be educated at home.

Carol Ann, a bright and bubbly student who loved school and who missed her friends, requested permission to go to Carlow VS at the end of May before classes broke up for summer holidays but was refused. Since then, Carol Ann’s condition has stabilised because of new medication, and the school has said that she’s allowed to return in September.

However, her mother Ann is deeply concerned that the situation where her daughter is asked to leave school may arise again.

“There are plenty of children with epilepsy and they’re allowed to go to school,” Ann pointed out. “This doesn’t make sense to me. I don’t know what’s going to happen in September either. Will Carol Ann be asked to go home again?”

“I want this investigated because this isn’t only about my child – it’s about any child with a disability,” Ann concluded.

Despite repeated efforts by The Nationalist to get a comment from the Carlow VS and the VEC, none was forthcoming.