Bagenalstown: settle the name, once and for all

WHAT’S in a name? Quite a lot, it would seem, especially if you live in Bagenalstown, where confusion over the exact title of the town has reigned for more than 80 years. Council officials and public representatives call it Muinebheag, but to the hoi polloi of the town it’s always been Bagenalstown. 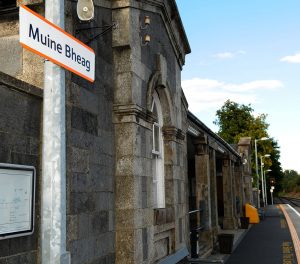 It all started in 1932, when the town commission passed a vote changing the name to Muinebheag. However, they did so without consulting the public, so the people were divided on what it should be called. Some stuck to Bagenalstown; others referred to the place as Muinebheag.

And so it continued until 1975, when the town council tried to tackle the subject again. This time it held a plebiscite to decide on the moniker but only half of the people voted when 75% was needed for it to be passed. Though a majority of those voters were in favour of sticking with the name Bagenalstown, the plebiscite wasn’t officially passed, so the town remained with two monikers.

Now, cllr Paddy Kiely wants his home town to have just one name and for the matter to be finally settled before the town council is dissolved next May. “There’s too much confusion over the name, especially for visitors,” he asserted at a recent meeting of the town council. “Tourists standing in Market Square have asked where Bagenalstown is, not realising that they were here.”

He also said that signage on the train station only adds to the problem because the Irish name is on it, not the English one.

“Visitors have passed through Bagenalstown and stayed on the train to Kilkenny because they didn’t realise that Muinebheag is also Bagenalstown,” cllr Kiely continued. “There’s too much confusion over it. This is an ideal chance for the people to vote on the name – let them decide!”

Not all of cllr Kiely’s colleagues were in agreement, however.

“I like it as it is,” cllr Arthur McDonald said, wistfully. “Muinebheag means ‘little shrub’; I like the double-barrelled name.”

Cllr Denis Foley claimed “the official name is Muinebheag, whether we like it or not!”

He also recalled that the council tried to have the signs at the train station changed to show both names but that it didn’t happen. He suggested that they approach Iarnród Éireann about the situation again.

Town clerk Jannette O’Brien told the meeting that she had documentation on the historical background of the story and that she would circulate the information to them before the next meeting, when the matter will be discussed again.