A CAN of coke has left a bitter taste in the mouth of a Carlow shopper who cried foul.

Patrick Cahill from Friars Green was angered when he stopped by Rath’s on Pollerton Road to buy a can of coke and some chicken wings on Thursday at around 2.40pm. 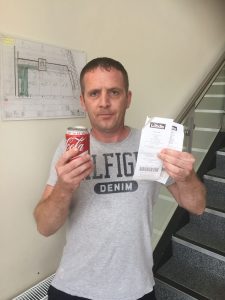 He noticed that the cans on sale for 96 cents in the fridge rack bore the ‘cannot be sold separately’ mark.

“Every time you take one from the rack, another multi-pack one appears,” he said.

Mr Cahill believes customers were being short-changed and he took it up with manager James Rath. Mr Cahill said: “You cannot be selling things like this; it’s not as if they are short a few pounds.”

Mr Cahill left the shop and returned an hour later to see if the cans had been removed, but they had not. He purchased another can as proof.

The Carlow man decided to highlight the matter, believing selling the cans individually was wrong.

Manager James Rath denied customers were being short-changed. He said the shop sold multi-packs as well as individual cans and the customers had the choice to buy either. “I am not codding anyone,” he said.

He added that the shop priced its cans below other outlets, where a can of coke could cost between €1.10 and €1.50.