Highlights of the weekend

FROM local senior hurling championship action to the Ryder Cup at Hazeltine, there is plenty of sporting action at home and abroad to look forward to over the coming days.

After last weekend’s football semi-finals, it is now the turn of the hurlers to battle it out for a place on county final day. 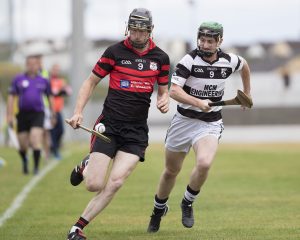 David Phelan of Mount Leinster Rangers goes on a solo run as Mark McDonald of Erin’s Own gives chase during the group stage clash between the two sides in August Photo: Thomas Nolan Photography

Mount Leinster Rangers take on Erin’s Own in the first game at 2:30pm. The Borris side have been the form team in the championship after winning all their games in the group stage. Erin’s Own needed results to go their way on the final weekend of the group stage to qualify for this stage after they won two and lost three of their games. One of the wins was against Naomh Bríd, who were a team that Rangers did not get a chance to play against after they pulled out of the championship with two games to go. When these two clashed in mid-August, MLR won by nine points and expect a similar result, even though many of the MLR players will be recovering from their football exploits in the senior championship this season.
St Mullins take on Naomh Eoin at 4pm in the second game of the day. St Mullins only lost to MLR in opening game of the group stage and have since gone on a three-game winning streak, not including the victory they were awarded after Naomh Bríd pulled out of the championship. The Myshall men on the other hand needed to beat Erin’s Own to qualify, something they achieved by 1-15 to 0-12 in early September. These teams also met in the third round in mid-August and St Mullins came away with a three-point victory. This one is harder to call but St Mullins look like winning this one.

Europe take on USA once again this year with Europe looking to take the cup home for the fourth time in a row. 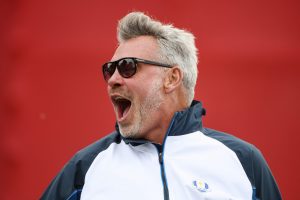 Captain Darren Clarke has gone for a mix of youth and experience with six rookies on his team while the Americans have only two first-timers in a slightly more experienced squad. Davis Love III’s squad has five members who are only playing in their second Ryder Cup.
Rory McIlroy is the only Irish player to make the 12-man European team alongside six English men. One of the Englishmen who can make history at this year’s contest is Lee Westwood. Playing in his 10th Ryder Cup, Westwood is 2.5 points away from beating Nick Faldo’s long standing record of most points won by a single player in the competition.
Europe come into this one as holders, having won two years ago in Gleneagles by five points. The last time the competition was held in American soil, Europe won by a single point in what was to be later renamed “The Miracle of Medinah”.
The first foursomes will take place at 1pm Irish time on Friday.

Dublin and Mayo meet again on Saturday in the replay after Mayo came back from scoring two own goals to draw with Dublin 2-9 to 0-15 two weeks ago. 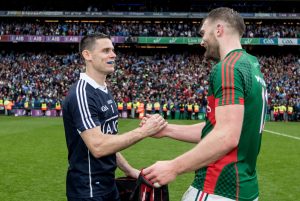 The Dubs will be hoping to retain the title while Mayo are looking to hoist Sam Maguire for the first time since 1951. Neither team has any major injury concerns ahead of the replay and there are no suspension concerns either so expect much the same in terms of team line-ups in what will be the first All-Ireland replay since 2000 when Kerry beat Galway at the second time of asking.

There will be a few interesting battles throughout this match. The battle for supremacy in midfield will be important. Both teams have very good high fielders and Mayo especially will be looking to go through this route to get the scores needed. The Dublin defence will be in focus after the first game. The Dubs let a five-point lead slip and conceded three points in injury time in the second half. At the other end of the field, Lee Keegan and Diarmuid Connolly will renew their own rivalry. Keegan has gotten the better of the two in the last few clashes but it will be intriguing to see who comes out on top. The game throws-in at 5pm and extra-time will be played if necessary.

The first of three NFL London games will be played this weekend as the Jacksonville Jaguars take on the Indianapolis Colts. 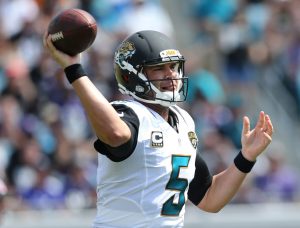 The Jaguars are still looking for their first win of the season as they have lost their first three games against the Green Bay Packers, the San Diego Chargers and the Baltimore Ravens, while the Colts have a win over the Chargers and two losses against the Detroit Lions and the Denver Broncos.
This is the first of three games this season that will be played in England with New York Giants and the LA Rams facing each other in Twickenham and the Washington Redskins taking on the Cincinnati Bengals in Wembley on Halloween weekend.
The main men to watch out for on the Jaguars team are quarterback Blake Bortles, wide receiver Allen Robinson and Dante Fowler Jr. For the Colts, keep an eye on quarterback Andrew Luck, running back Frank Gore and cornerback Vontae Davis. Kick-off is at 2:30pm.

Tottenham take on Man City in the game of the weekend. These teams are still unbeaten in the league. Man City have won all six of their games while Spurs have won four and drawn two. City look most likely to win this one even though they are away from home. This one kicks-off at 2:15pm on Sunday. 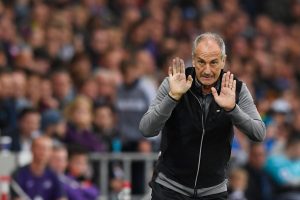 Champions Leicester also have a 2:15pm Sunday kick-off when they host Southampton. Southampton played well when they convincingly beat West Ham in London Stadium to give them their second win of the season while Leicester are a point behind the Saints after losing 4-1 to Man United in Old Trafford last weekend. Don’t be too surprised if this one ends in a draw.

Liverpool travel to Swansea in the early Saturday kick-off. Liverpool have been one of the highlights of the season so far as their free-scoring form has given them big wins over Chelsea and Arsenal. Last week saw another big win after they beat Hull City in Anfield 5-1. Swansea were many people’s tips for relegation this season and they are playing up to that tag as they only have one win and a draw from their six games. Last week’s 3-1 loss to Man City has not helped Francesco Guidolin and rumours that the chairman has already met with former US coach Bob Bradley has added to fears that Guildolin is on his last legs. This one kicks-off at 12:30pm.