The Forum: How Fancy Bears opened a can of worms

BRADLEY Wiggins must really hate the Russians right now. Particularly their Fancy Bears hacker network which has opened up a Pandora’s box after gaining access to the World Anti-Doping Authority database.
Files on athletes like Simone Biles, Serena Williams and the English cyclist have been leaked over the past couple of weeks aiming to cast doubt over their reputation as clean athletes, with particular reference being made to the use of therapeutic use exemptions or TUEs. 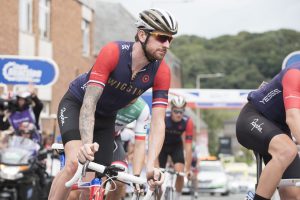 Bradley Wiggins has faced a firestorm of accusations since the release of leaked data by the Fancy Bears hackers. (Photo by Nathan Stirk/Getty Images)

There’s nothing wrong with the use of TUEs per se. Some athletes suffer from conditions which, once diagnosed by a doctor, means they are allowed to take substances which would otherwise be on the banned list.
But the suggestion being made by Fancy Bears is that the water is so muddied around the use of TUEs that in some instances, they amount to little more than a convenient way to gain an advantage by using a drug for performance-enhancing reasons.
All you really need is a doctor who is willing to bend the rules a little in your favour. You have asthma? That’s no bad thing. Just get a TUE for salbutamol and Bob’s your uncle.
That it is Wiggins, and by extension, cycling’s Team Sky which has garnered so much of the headlines in Europe in recent days is down to the fact that they always painted themselves as whiter than white when it came to the use of performance-enhancing drugs.
Under the guidance of Sir Dave Brailsford – a man who gained his title for spearheading British dominance in track cycling at recent Olympics – Team Sky was set up with the aim of producing a British winner of the Tour de France while preaching transparency and a zero tolerance attitude to doping.
With Wiggins, and Chris Froome after him, Team Sky have been hugely successful, but their use of TUEs, as exposed by Fancy Bears, has more than taken the sheen off their achievements.
They’ve had to answer questions about their links to a Belgian doctor, Geert Leinders, who worked with them in 2011 and 2012 and has since been given a lifetime ban from the sport for his involvment in doping.
That ban was handed out largely as a result of an investigation into his time working with the Rabobank team. One of that team’s former riders, Denmark’s Michael Rasmussen, has spoken at length about Leinders’ use of triamcinolone and cortisone to aid recovery and boost stamina.
Crucially, Rasmussen who was twice King of the Mountains in the Tour de France, said Leinders helped him get the false medical certificates he needed to be granted TUEs by the UCI and Wada.
It has emerged that Wiggins took the drug triamcinolone on a TUE before the 2011 and 2012 Tours de France, and the 2013 Giro d’Italia. It’s the same drug Lance Armstrong tested positive for at the 1999 Tour de France,
Speaking to The Daily Telegraph last week, David Millar, who was banned from cycling for doping in 2004, said the drug was the most potent thing he took in his career, and that included the banned blood booster EPO and testosterone. Millar said it helped him to lose weight and still feel stronger than he did before.
Again, becasue it was used on a TUE, there’s nothing illegal in Wiggins’ use of the drug but every revelation is another dent in Team Sky’s bullet-proof insistence that they are clean and, just as importantly, seen to be clean.
Even David Walsh in The Sunday Times, one of their loudest advocates in recent years, wrote that their reputation has been sullied. “What they did was legal, but it wasn’t right,” he wrote last week.
From the perspective of the Russians, their leaks are all about casting doubt on the performances of others and throwing shadows on the very anti-doping system which brought them such trouble ahead of this year’s Olympic Games. 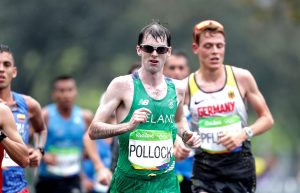 That there needs to be some system in place to gain access to TUEs seems fair. Speaking to The Irish Times on Friday, Irish Olympic marathon runner Paul Pollock said he used a TUE in order to take a steroid injection while recovering from a broken bone in his foot at the start of the year. Paul also happens to be a doctor and works on the frontline at the A&E department in Royal Victoria Hospital, Belfast.
“I think I was justified,” he said of his TUE usage. “There are cases when you do get injured and when you do need to take a certain banned substance. You want to declare that. You want to be open and honest.”
But even he accepts that there can be grey areas. “With any system in place, it is open to interpretation and open to corruption.”
It’s interesting that one of the strongest critics of the Fancy Bears leak has been Travis Tygart, the current head of the US anti-doping authority and one of those who has lead the way in the fight against doping in sport. It was he who helped to bring down Lance Armstrong so his opinion matters.
“It’s unthinkable that… hackers would illegally obtain confidential medical information in an attempt to smear athletes to make it look as if they have done something wrong,” he said last week. “The athletes haven’t. In fact, in each of the situations, the athlete has done everything right in adhering to the global rules for obtaining permission to use a needed medication. The cyber-bullying of innocent athletes being engaged in by these hackers is cowardly and despicable. It is time for the entire international community to stand up and condemn this cyber attack on clean sport and athletes’ rights.”
He’s absolutely correct about Fancy Bears’ methods. But the fact remains that they have asked a question that needs to be addressed.
Speaking on the BBC last week, Dr John Dickinson, a respitory expert at the University of Kent, said the current system of managing TUEs is unreliable.
“The way the rules are, it allows for that grey zone,” he said. “It allows for that 1% of athletes with the help of a medical doctor to look at the system and say: ‘You know what, we can get you that drug.’ There is no clear evidence, but the rules can allow that to happen.”
For a watching public already jaded by allegations of doping in sport, 1% is 1% too much.