The Forum: Sporting hopes and dreams for 2017

OK, so it’s still early January. The slate of despair and crushed dreams should have been wiped clean over the past few weeks and we can take a look to the months ahead with clear and hopeful eyes.
Let’s indulge in a little daydreaming and sort through some of our sporting desires for 2017. 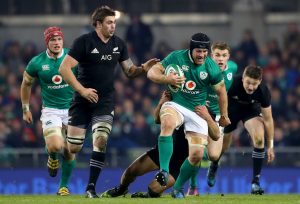 The Tank stays on track
Wouldn’t it be fantastic if Sean O’Brien got a clear run at the year in the blue of Leinster and the green of Ireland. The past 12 months have been a frustrating time for O’Brien. The hamstring injury he picked up in the Six Nations game against France last February dogged his year and by the time he made his return in the autumn he just missed out on the historic win over New Zealand in Chicago.
Since then he’s been back to his best and his supporters would love to see him rip up the Six Nations before heading off to New Zealand with the Lions in the summer.
There would be no better man to inspire victory over the All Blacks on their home sod.

Promotion time
No matter what the Carlow senior footballers have tried in recent seasons, they have found promotion from national football league division 4 just out of reach. It’s not for the want of trying. Some years they can’t buy a win on the road, while last year it was their home form which let them down.
Excelling in any league requires consistency and any more than one defeat often rules you out of the promotion race. This year Carlow have a tough start with a trip to Westmeath followed by London and Limerick both coming to Netwatch Cullen Park.
If Turlough O’Brien’s men can hit the ground running, they could dent the hopes of fellow promotion hopefuls and make their intentions clear that this is the year they can force a breakthrough.
Similarly, the hurlers under new manager Colm Bonnar will be determined to power through the Christy Ring Cup and back into the higher grade. Early signs suggest there’s a serious buy-in from the players this season and that bodes well for the spring and summer ahead.

An end to sporting horror shows
It might be hard to believe now, but there used to be a time when the Olympic Games were looked at as an opportunity to remind ourselves of the true meaning of sporting participation: a glorious coming together of myriad different associations and organisations with everyone focused on one goal.
That’s not to say there wasn’t always people looking to gain unfair advantage, but it seems as if the Rio Games was the zenith of a sporting horror show.
And we’re not talking about the athletes. The blatant exploitation of the Brazilian people for the benefit of a blazered elite was a sad reflection of what so much of international sport has become. From half-empty stadia to ticketing scandals to bent boxing judges to the whole handling of the Russian doping scandal by the International Olympic Committee, you wonder if maybe 2017 is finally the year when someone will stage a sporting coup to reclaim some decency. 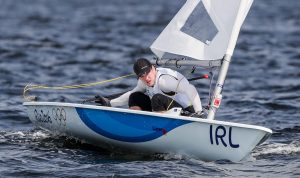 Finn Lynch enjoyed a fantastic 2016. Let’s not forget our Olympic heroes for the next four years

Olympic heroes
For all that, there is still so much to savour from the performances of so many Irish athletes. Our own Finn Lynch made his Olympic sailing debut and showed that he has what it takes to mix it at the very top of his sport. His team-mate Annalise Murphy put the heartbreak of four-years earlier behind her to claim a silver medal. The O’Donovan brothers inspired and showed that their supreme talent was matched only by their tireless enthusiasm.
Let’s hope that between now and the next Games, we don’t forget those athletes from the smaller sports and we support their journeys and their achievements every step of the way. Champions aren’t made on big days alone, but on quiet training grounds and at smaller events too.

From small acorns…
There are many gifts you can hand on to the next generation but the gift of sporting participation must be one of the greatest.
From a physical and a psychological point of view, the benefits of taking part in sport are massive. In life, you tend to get out of something what you put into it and that’s a lesson you learn pretty much on day one of any sporting journey.
In 2017, let’s support those people who give their free time to develop and encourage sporting participation in young people. Support your local club, whatever the code, with your time, whether it’s on the pitch or the court, on committees and in fundraising ventures.
Sporting participation isn’t just about sport. It’s about supporting efforts to build a more confident and engaged next generation and that’s no bad thing.

What are your sporting dreams for 2017? Let us know by email: [email protected]