THE newly formed Carlow Triathlon Club quite literally hit the ground running when over 110 people turned out for their information night which took place last Wednesday at St Laurence O’Toole’s AC in Carlow town.

Club chairman David Kidd was delighted to see so many people interested and he confirmed a large number have registered either directly with the club or through the Triathlon Ireland website.

“We had a massive turn-out,” he said. 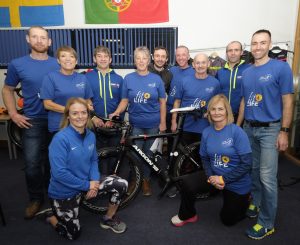 “There is a lot of work still to be done but that is all part of it,” he said.