RATHANNA ICA walked away with the honours at the annual Mary Landy Craft Competition, which took place recently.

The December meeting of the Carlow federation coincided with the annual craft competition that was open to local guilds. It’s held in memory of the late Mary Landy, a member of the Ballinabranna ICA. She was one of Ireland’s greatest crafts teachers to generations of women and was awarded gold medals for her work from the Crafts Council of Ireland.

The craft competition saw the Carlow guilds compete to create the finest bunting. Each piece had to utilise a different craft, whether that was knitting or crochet. 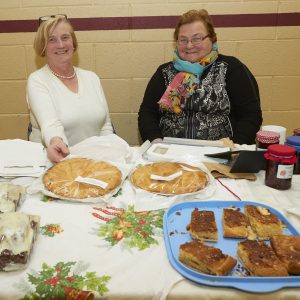 Carlow guilds have been celebrating great news recently, as former federation president Margo Hennessy from the Ballyloughan guild has taken on the role of regional president.

This year also promises to be a busy one, as the National Ploughing Championships are coming to Carlow. The Carlow federation of guilds will have responsibility for the sizeable ICA tent, which will feature displays, crafts and talks.