A NEW internet radio streaming service aims to thrill worldwide listeners with the biggest hits, while hosting some of the world’s top DJs right from its Carlow base.

The internet radio operation plays the world’s biggest hits, while top DJs from across the globe will feature each week on the station.

Klubb FM has been a lifelong dream for the 27-year-old, who always wanted to own an internet station that could rival any FM station, from the actual sound of the stream to the team he assembled around him, to provide a worldwide service. 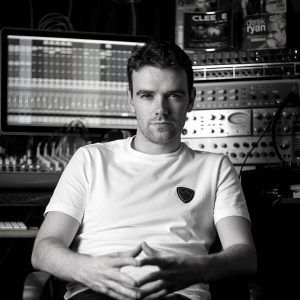 Klubb FM was initially founded and created by Brian when he was just 15 years’ old. At that age, he believed streaming would be the future of how audio was going to be consumed, whether it’s music or radio, but he never capitalised on it because of his young age.

The station was on and off as Brian went to study at university. In fact, over the years, Brian rebuilt Klubb FM from scratch, producing all imaging content and devising its own station sound for one of his final-year projects at college, all while carving out a career in the music business.

Now in his late 20s, Brian’s dream finally got the green light with the official launch of Klubb FM last week.

Brian established his own professional recording studio, B/S Studios, at his home while still a teenager and established his own production/media company in 2010 called Brytestar Productions. Since then, he has worked as a producer/mixer/engineer alongside many well-known names in the music and entertainment industry, from Lady Gaga, Kodaline and Carlow’s own Derek Ryan to a host of Irish comedians. Brian is also the senior in-house sound engineer at the George Bernard Shaw Theatre and ran his own show on RTÉ Pulse.

You can check out Klubb FM at www.KlubbFM.com.