A ROW over candidate selection has lead to Sinn Féin councillor John Cassin dramatically announcing his decision to leave the party and run as an Independent.

Cllr Cassin yesterday (Monday) announced that he will not seek the Sinn Féin nomination to run in the Carlow Municipal District in the May 2019 local elections but will run instead as an Independent.

“It’s a big decision to make and not something I have taken lightly,” cllr Cassin told The Nationalist yesterday (Monday). “I’m not one to mince my words and I told head office in no uncertain terms that if they wanted a good chance of retaining the Sinn Féin seat in Carlow, they should run one candidate only, but I simply wasn’t listened to. It’s very disappointing and it’s not the way I wanted it to turn out. It’s just frustrating really,” he added. 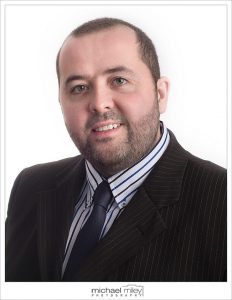 Cllr John Cassin, who has quit Sinn Féin to stand as an Independent candidate in May’s local elections

Cllr Cassin insisted this decision wasn’t a case of simply ensuring his own re-election, pointing out that “no-one is guaranteed a seat”, but more a case of ensuring representation for the people who have elected him. “If Sinn Féin loses the seat, then there’s no-one to represent those people,” he said.

Cllr Cassin pointed out that some months ago the Carlow cumann of Sinn Féin put together a submission outlining its position against the two-candidate strategy preferred by Sinn Féin nationally. This conflict with head office was known about for several weeks by Carlow party members, including cllr Cassin’s strong stance on the matter.

“It’s not something I wanted to do, but sometimes your hand is forced and you have to stick by what you believe in,” said cllr Cassin. “The reality is that it’s not an easy job, it’s a 24/7 job. I have a young family and sacrifices have to be made, but I do it and I’m very happy to do it and represent the people who vote for me,” he said.

Cllr Cassin remains positive about his chances of being re-elected as an Independent.

“I suppose there’s always going to be people who will not vote Sinn Féin no matter what you do and also people who will only vote Sinn Féin. It’s always tough to get elected, but you would just hope that the work I’ve put in over the past ten years counts for something. The fact is, though, no-one is handed a seat,” he said.

Cllr Cassin was first elected to Carlow Town Council in 2009. He then put in an impressive campaign to be returned on the first count to Carlow County Council in 2014 with more than 1,000 first preference votes.