60,000 homes at a ‘significant risk’ from flooding 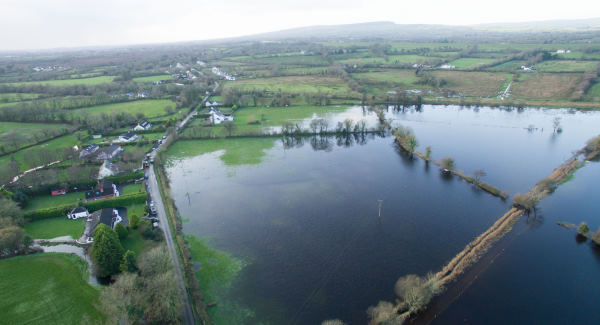 60,000 homes are at a “significant risk” from flooding, a new report has found.

Clare and Louth are the counties where dwellings are most likely to be affected, with 10% and 9% of homes respectively at risk.

The two counties scored highest because they are at risk of both coastal and river flooding.

At the other end of the spectrum, Longford is the county in which you are least likely to be affected by flooding with only 1% of the housing stock at significant risk of flooding.

Cavan and Westmeath also have a relatively low percentage of residences in high flood risk zones, at approximately 1% and 2% respectively.

“Analysis like this is of significant value to home owners, local authorities, planners and insurance companies who require detailed assessment of flood-risk exposure, as we look to the infrastructure being built now to cater for increases in flood risk,” he said.

Revenue uncovers €2.8m worth of cannabis hidden in vegetables at Rosslare Europort

Truck driver on trial over death of teenage cyclist in Dublin