Hospital infection numbers on the rise 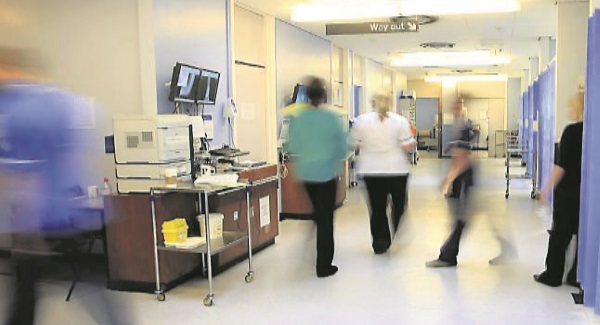 A survey has found that the number of patients developing infections while in hospital is on the rise in Ireland, particularly pneumonia, wound infection, and urinary tract infection.

The survey found that antibiotic prescribing is also on the increase. Overuse of antibiotics leads to antibiotic resistance, a significant threat to long-term public health.

The European-wide hospital survey, co-ordinated in Ireland by the Health Protection Surveillance Centre, found more than one in 20 patients admitted across 60 Irish hospitals in May 2017 had a hospital-acquired infection (HAI), a prevalence rate of 6.1%, compared to an overall EU rate of 5.5%.

A similar survey in 2012 found the prevalence rate in Irish hospitals was 5.2%.

The European Centre for Disease Prevention and Control has estimated that, on any given day, there are 670 inpatients in Irish hospitals with a HAI, translating to almost 30,000 annually.

Of more than 10,000 patients included in the survey, the HPSC counted 196 cases of pneumonia, 122 cases of surgical site infection, 98 cases of urinary tract infection, and 64 cases of BSI.

The survey found a large increase in pneumonia as a proportion of HAI, up from 17% in 2012, to almost 30% in 2017. There were 30 patients with the superbug infection clostridium difficile, and 47 patients had superbug infection resistant to powerful antibiotics.

Overall prevalence of antibiotic prescribing was higher in private hospitals (45.4%).

Karen Burns, consultant clinical microbiologist at the HPSC, and national coordinator of the survey in Ireland, said that while not all HAIs can be prevented, there is “definite scope to reduce their burden and impact on patients”.

She said to supplement their periodic national surveys, they recommended setting up ongoing surveillance of the most common HAIs, such as surgical site (wound) infection and infection in ICUs, along with a continued focus on optimising antibiotic prescribing, “as many common antibiotics no longer work to treat common infections”.

Dr Burns said it was also important that healthcare infrastructure receives investment to further improve single-patient room capacity, “as this is an important measure to reduce the spread of antibiotic-resistant bacteria in our hospitals”.

10,000 Leaving Cert students yet to sign up for calculated grades