STUDENTS from St Laserian’s School, Carlow did themselves and their school proud when competing at the recent Special Olympics Leinster Artistic Gymnastics Development Day in Wexford. 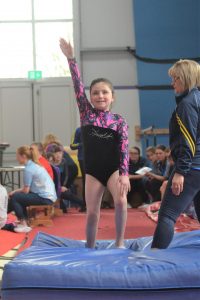 Leah Cummins from Ballon was also taking part in her first comeptition and she won gold on the vault, silver on the beam and bronze on the floor.