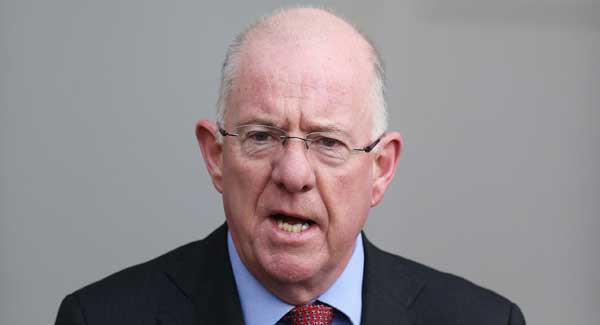 New laws allowing the State to declare people missing for years officially dead, allowing their families to claim life assurance and draw down wills, are set to be passed by this summer.

Justice Minister Charlie Flanagan said he wants the Civil Law (Presumption of Death) Bill to be passed before the Oireachtas summer break in nine weeks time after three years of legislative delays.

At an Oireachtas justice committee meeting on the final details of the bill, Mr Flanagan said he is in favour of prioritising the bill and ensuring it takes the final steps before becoming law as soon as possible.

Responding to committee chair Sinn Féin’s Caoimhghín Ó Caoláin, the Justice Minister said there is clear need to ensure the bill is passed.

“We have about nine weeks left of this parliamentary session, and this is an important piece of legislation. I know members would be very keen to have it enacted at the earliest opportunity,” Mr Flanagan said.

Under existing rules, the State is unable to declare someone who has been missing for a number of years or whose body has not been recovered after an accident as officially dead.

This situation is resulting in families being left in limbo, and in practical terms means they are unable to draw down life assurance or inheritance from wills as there is no death certificate or definitive proof an individual has passed away.

It has been given cabinet approval and, after the committee meeting agreement, now only has to pass report stage in the Dáil before it is sent to President Michael D Higgins to be signed into law.