A police chief who is investigating the British Army’s top-ranking IRA agent told the UK Prime Minister she “got it wrong” on legacy cases in Northern Ireland.

Outgoing Bedfordshire Chief Constable Jon Boutcher said he wrote to Theresa May after she told the Commons last year that only people in the security forces were being subjected to historic Troubles investigations.

Mr Boutcher, who is leading the probe into Stakeknife, made the comments in a UTV special programme on the legacy of the conflict being aired tonight.

“The Prime Minister got it wrong and I wrote to her to correct her,” he said. 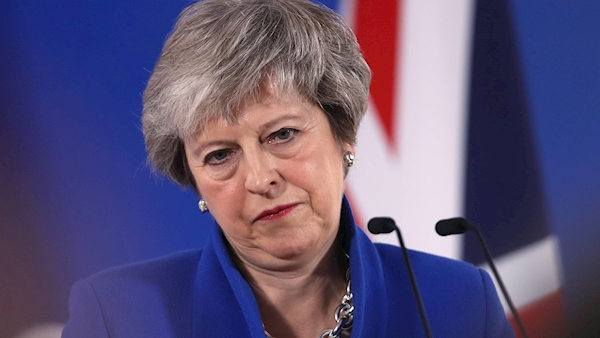 In the programme, Northern Ireland’s top judge and prosecutor also raise concerns about another contentious political intervention – when Northern Ireland Secretary Karen Bradley told MPs that killings carried out by the security forces were not crimes.

Lord Chief Justice Declan Morgan said Mrs Bradley’s remarks – for which she later apologised – were “unhelpful” and there would be a “price to pay” for them.

Director of Public Prosecutions Stephen Herron said he had to meet the Bloody Sunday families to offer them reassurances after Mrs Bradley’s comments.

Mr Boutcher, who unsuccessfully applied to become Northern Ireland’s next police chief, is leading the Operation Kenova investigation into Stakeknife, a high-ranking mole who reputedly ran the IRA “nutting squad”, which interrogated and murdered suspected informers.

In 2003, Stakeknife was widely named as west Belfast man Freddie Scappaticci, but he has always strongly denied it, and rejects claims that he was an IRA informer.

“I have a trust with the families, if the families see those sorts of comments from our Prime Minister there is obviously going to be a dilemma as to who they believe,” he said.

So I wrote to the Prime Minister who I had already spoken to about Operation Kenova and made it very clear we are investigating the IRA and any wrongdoing by the security forces. So I wrote to her to remind her of that and put the record straight and I informed the families to reassure them that I was doing what I said I was going to do.

He said Mrs May’s office wrote back to him but he declined to outline details of the reply.

In regard to Mrs Bradley’s claim about legacy killings involving the security forces, Mr Herron said: “The comments you referred to came out not long before Bloody Sunday (result of prosecution decisions) – it was an extra issue for me to have to address with those families.

“I had to meet with them and say not only had we applied the test for prosecution in a way that we thought was fair and equitable, that we didn’t take any account of any of the political voices suggesting one thing or another as regards to legacy cases.”

Mr Morgan said: “It wasn’t helpful and there’s always a price to be paid as a result of a comment like that, that the Secretary of State has subsequently apologised for.”

The Lord Chief Justice said when the Good Friday peace deal was brokered back in 1998 the legacy issue was put in a box marked “too difficult”.

“And I think we have paid the price of not being able to address it 20 years ago.”

Mr Morgan, who had proposed the unit, said he acknowledged that families who were waiting for other stalled legacy mechanisms to be established, such as an independent investigation unit, would be frustrated at ongoing delays.

“I recognise that legacy inquests are but part of the wider legacy picture and I can well understand the frustration of those who see this part of the process progressing but other parts of the process sitting behind and appear many years away if they are going to be delivered,” he said.

The programme also spoke to Mary O’Hara, who lost two husbands during the Troubles, 16 years apart.

Her first husband Hugh Duffy was murdered by the UVF as he walked home in June 1975.

Her second husband John O’Hara was a taxi driver who was shot dead picking up a fare in Belfast in April 1991.

“I couldn’t go to the hospital on the night John was murdered because I had been there with Hugh and I didn’t think I could go through it again,” said Mrs O’Hara.

I thought the second time I was married, I was married until that was it. I had more children. I was happy then my world fell apart again.

A UK Government spokesman said: “The system to investigate the past in Northern Ireland needs to change. The Government is committed to creating a system that works for everyone, which is why we have consulted widely. We received over 17,000 responses to our consultation, and we will set out next steps in due course.”

Lasting Legacy is a 90-minute special broadcast at 9pm to 10pm on Monday, continuing after the news at 10.45pm.