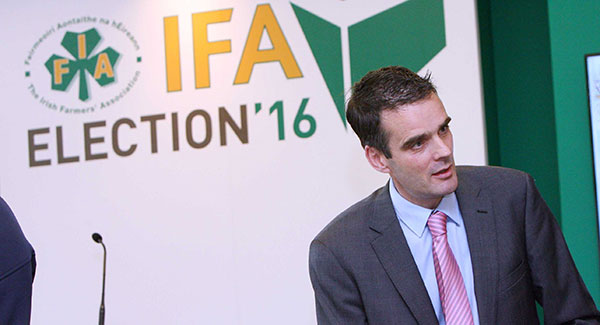 Farmers are continuing to protest outside meat factories today despite High Court actions.

It followed action taken by some meat-processors after weeks of demonstrations outside their factories.

But unofficial pickets will continue this weekend in this longstanding dispute over the prices farmers are getting for their animals.

Tensions nearly boiled over in Cavan last night, when a protester drove a tractor towards a wall at a meat factory in Ballyjamesduff.

Workmen tried to attach a copy of a High Court injunction against a picket.

A protester then drove a tractor towards the wall, trying to unhook the notice.

Local representatives say it is a sign of the frustration among farmers in this longstanding row.

IFA president Joe Healy says the only solution is for factories to pay farmers more for their animals.

“Farmers aren’t getting paid enough for the top quality product that they produce and I would urge the meat factories to forget about the High Court and serving injunctions on farmers,” said Mr Healy.

He said that the meat factories need to come forward with proposals around greater transparency, a better price and a bigger percentage of the end price back to the farmer.