Lawler selected on Euro team to take on USA

CARLOW sprinter Marcus Lawler has been selected on the European athletics team which will take on America in an historic head-to-head duel in Minsk, the Belarusian capital next Monday and Tuesday.

The competition is being loosely labelled the Ryder Cup of athletics and it is hoped the event will capture the imaginations of fans on both continents.

The recently renovated 22,000-seater Dinamo National Olympic Stadium will be the venue for this innovative competition, which will see many of the world’s best athletes in action at the last major meeting before the IAAF World Championships Doha 2019. 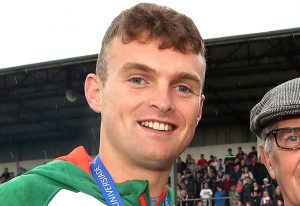 Having run well in England last week, Lawler had been winding down his season after it had been announced he was sixth reserve on the Irish team for the World Championship.

When Frenchman Mohammed Faul had to pull out of the European team, the Carlow man was selected.

“It is brilliant. I was aware of the competition being on but to be honest it (selection) was a surprise. I am coming to the end of the season now and this is basically the second last competition and it is unbelievable to be picked.

I didn’t think I would be and it is four Europeans against four Americans,” he said on Sunday evening.

“I am a late call. It is fine. I would take the spot any time,” he confirmed.

Selection means he has to rejig his training programme but he is happy to do so.

“I had wrapped up my season last week but with this call I have to get back up on the horse again. It is too good to turn down. It is a really good opportunity to run fast. I am in really good shape. I ran 20.86 last week in England. That is close enough to be my best