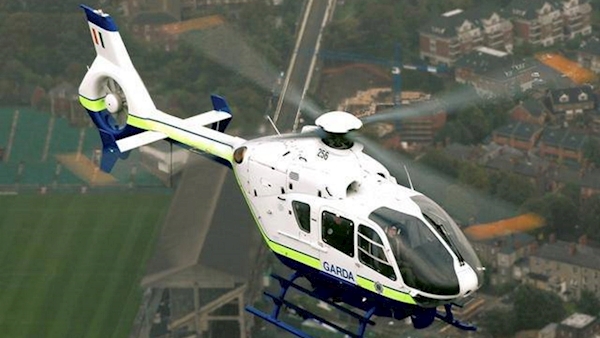 Gardaí are hunting an armed four-man gang who hijacked a white van in Co Limerick which was carrying cash and valuable car parts.

The van, with the UK registration licence plate number CU 16 TZR, was traveling in the Caherconlish area just before 3pm when it was hijacked by four men wearing balaclavas.

A garda source said they believed that at least one member of the gang was armed with a handgun.

The gang was travelling in a black coloured BMW Series 1 car, which gardaí were still trying to trace.

Gardaí recovered the white van in Kilcoman, Co Tipperary shortly before 5pm but, according to garda sources, no cash had been recovered.

The van had travelled to garages throughout the morning, delivering and collecting valuable car parts, including catalytic converters.

The Garda Air Support Unit was assisting the garda manhunt on the ground.

The gang were believed to have been following the van when they stopped it, removed the driver and stole the van.

The van was seen traveling in the direction of Monastery Road in Doon before it was eventually recovered in Co Tipperary.

It was located via an in-built GPS tracking system which was previously installed in the van. Gardaí were hoping the navigational tracking system may be able to provide them with details about the gang’s exact route and if they made any pit-stops along the way.

“We got a call that men traveling in a dark coloured BMW car had taken a van against the owner’s will. We believe there was a sum of cash in the van. It happened in Caherconlish just before 3pm,” a source said.

The hunt for the gang and their BMW car was spread out across a number of Munster garda districts.

Gardaí were also monitoring the motorway network that would provide the gang with access to wider routes outside the southerly province.

“There were four males in the BMW. They all had their faces covered,” sources said.

The driver of the van was not physically harmed but appeared to be shaken from the ordeal, they added.

Superintendent John Ryan, Bruff Garda Station appealed for motorists to check “dash cam footage”, particularly if they were traveling in the Caherconlish, Doon, and Kilcolman areas.

He also appealed for “anyone with CCTV footage covering the local road network” in the areas concerned to contact gardaí.

“I’m appealing for anybody who may have seen the (BMW) car and the van traveling in convoy in the Caherconlish area or saw any one of the two vehicles to contact Roxboro Road garda Station (061 214340),” he added.