DJ hopes single will be a hit

DJ Chris Ward is about to release a new single, which he hopes will become the autumn anthem on major radio stations around the country. While the disc spinner normally focuses on techno and house music for nightclubs, this is the first time he’s produced a single, We are one, that’s radio-friendly enough.

“It’s definitely more commercial than my usual sound. It’s a floor-filler with some musical elements derived from the genres of trance, progressive trance and main-room,” Chris told The Nationalist. 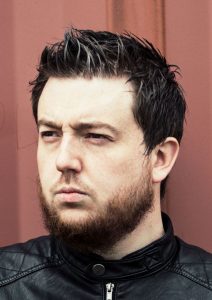 He’s kept the whole recording process local, too, because he wrote and mixed the track in his own place, Flash Studios, which is right in Carlow town on Tullow Street.

He’s originally from Dublin but moved here when he was a teenager. After attending Presentation College, Carlow, he “jumped straight into DJing”. He now plays clubs all over Ireland and is a dance music writer and producer. He also hosts the popular radio show Old school party on Beat FM every Friday night from 6pm to 10pm.

The single is available from Monday 7 October on all major download and streaming platforms.