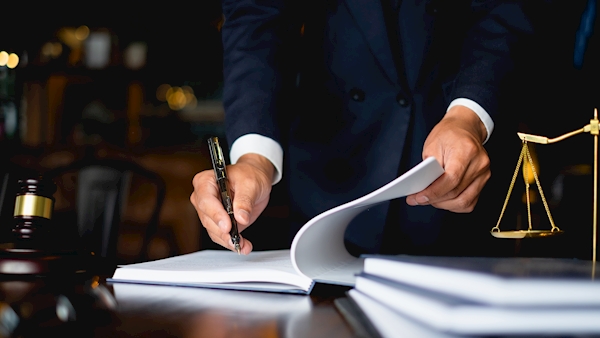 A south Dublin county councillor has received a suspended sentence for an assault on his ex-wife’s new partner on condition he pay €7,500.

Dermot Richardson (53) headbutted and punched the man knocking out two of his front teeth.

Richardson, who initially claimed to be acting in self-defence before pleading guilty, apologised in court through his lawyers and accepted his actions were ”totally out of order.”

Judge Martin Nolan said it was difficult to know what was going through Richardson’s head at the time but for some reason he had become aggravated and aggressive. He said the victim had been left with quite serious injuries and now wears a denture causing him obvious difficulties.

He said it appeared Richardson was a well liked man who was making a valuable contribution to public life. He said it was unlikely he would repeat this type of misbehaviour and it would be unjustified on the facts of the case to impose a custodial sentence.

The judge imposed a two and half year sentence which he suspended in full on condition that Richardson immediately hand over €2,000 he had brought with him to court, and that within the next 18 months he collect a further €5,500.

Judge Nolan said if Mr Greene did not wish to receive the money the court would dispose of it. He said the money could be of use to the the injured party but it was principally a way of punishing Richardson.

Garda Kevin Keane told Fionnuala O’Sullivan BL, prosecuting, that Richardson had been attending the christening party of his grandchild. His ex-wife, Martina, and her partner, Mr Greene, were also present but the couple left to go home in a taxi at about 11.15pm.

At Martina’s home a number of text messages were received from Richardson suggesting that no one else be allowed to stay in what had been previously the family home. Richardson arrived to the house with his partner and began shouting at Mr Greene to get out of the house.

There was then a dispute between Richardson and his ex-wife. Richardson headbutted and punched Mr Greene on a number of occasions. As Mr Greene was comforting his partner, Richardson punched him full force in the face, knocking out his two front teeth.

Gardai arrived to the house and attended to Mr Greene, who had quite a lot of blood on him.

Richardson was arrested. Nothing of evidential value came from the interviews with gardai but he later made a voluntary statement saying he had been acting in self-defence.

Mr Greene, who now needs to wear dentures, underwent dental surgery but his two front teeth could not be reinstated and a third damaged tooth had to be removed. The treatment cost him €3,740.

He said in his victim impact statement that he became conscious of his appearance and had difficulties having conversations with family and customers. He thanked the gardai and the DPP.

Kieran Kelly BL, defending, said he was instructed by his client to apologise. He said there had been an initial denial of events but Richardson had offered a guilty plea prior to a pre-trial hearing.

Mr Kelly handed into Judge Nolan a “comprehensive dossier” of references which he said included colleagues in politics and a former garda. He said Richardson had set up a number of agencies and institutions to support families and individuals, particularly homeless and older people.

Mr Kelly said on the night Richardson had been talking to his brother who persuaded him he should try to mend his relationship with his son. He said that was why Richardson had called to the house.

He said Richardson’s actions at the house were “totally out of order” and his client was anxious to make recompense. He said this was an aberration and was not premeditated.

Counsel said Richardson wished to put this behind him and continue to serve his community as he has been doing.