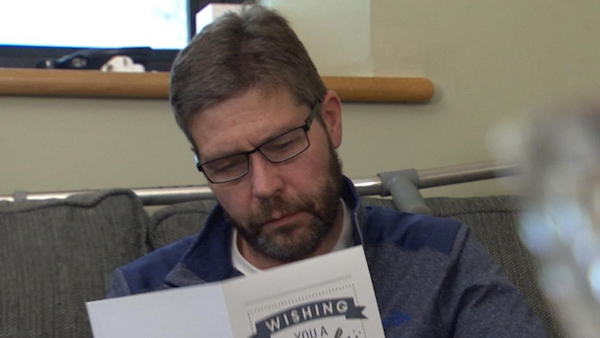 Three people have been arrested as part of the investigation into the abduction and torture of Kevin Lunney.

An Garda Síochána is not providing any further information at this time.

They are being held at garda stations in Kells, Cavan and Monaghan.

Mr Lunney, 50, a director of Quinn Industrial Holdings (QIH), was snatched near his Co Fermanagh home and assaulted last month.

The father of six spoke out about the attack in a television interview, describing how he had been slashed with a knife, doused with bleach and branded by his captors before being dumped on a remote road in Co Cavan.

Yesterday, the Justice Minister insisted that “no stone is being left unturned by both the Gardaí and the PSNI” into the attack.

In one of the most significant developments in the investigation to date, Gardaí have confirmed that three people have been arrested.

The two men and one woman are being detained this morning for questioning.

Last week the chief suspect in the investigation, Cyril McGuiness, died during a police raid in the UK.

An Garda Síochána continues to appeal to any person who has any information, no matter how insignificant it appears, on this vicious criminal attack or any other criminal activities which have taken place in the Cavan/Fermanagh border area over recent years to contact An Garda Síochána at Cavan Garda Station 049 4368800, the Garda Confidential Line 1800 666 111, or Crime Stoppers on 1800 25 00 25 or any Garda Station.

The joint investigation between the Gardaí and PSNI continues.

Two teens arrested in connection with burglary at Limerick house

Someone in Dublin is €1m richer after last night’s Lotto