BALTINGLASS racer Max Hart has been named in the final three for the upcoming prestigious Motorsport Ireland Young Racing Driver of the Year Award.

After finishing second in the British Monoposto 1000 Championship for 2019, Max was already in the final six for the young driver award and following an interview at the Motorsport Ireland head office, he made the final cut and is now in the running for the Sexton Trophy.

The winner will also receive a €50,000 support package to help develop their motor-racing career. All three finalists will be included in the Team Ireland development programme run by Motorsport Ireland to nurture and support young drivers. 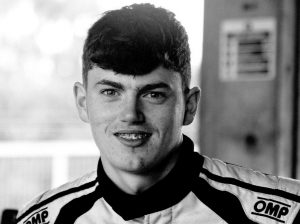 A Leaving Cert student at Scoil Chonglais, Max (18) is the youngest of the final three. He competed with Leastone Racing in 2019 and claimed two race wins in the British Monoposto 1000 Championship as well as numerous podium finishes in his first full season racing outside of Ireland.

Max is up against James Roe Jnr (21) from Kildare, a Formula Three driver competing in the United States, and William Kellett (19) from Meath, an Irish-based Fiesta Zetec Championship competitor.

The overall winner will be announced at the MIS Motorsport Irish Motorsport Awards ceremony on Tuesday, 10 December at the City West Hotel, Dublin.