Report shows east of the country got most rain last month

Dublin Airport had its wettest November since 2002, according to provisional figures from Met Eireann.

Elsewhere, it rained on 27 days at the Valentia Observatory in County Kerry, the highest number of days in the country, while it rained for 14 days at Dunsany in Co. Meath.

Overall, the forecaster said that rainfall in November was above average for most areas.

Their November report revealed that the south, and especially the east, got most of the rain while the north-west had a relatively drier month.

The highest daily rainfall total was 33.7 mm at Cork Airport on November 20.

Temperatures were below average across the country last month. 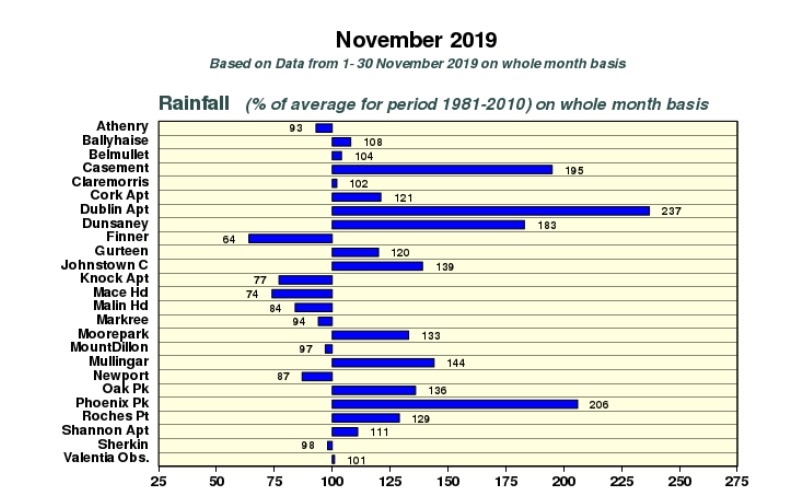 Globally, the World Meteorological Organisation has released figures showing this year has been one of the warmest on record.

The organisation said data from January to October shows 2019 is on course to be the second or third-hottest year ever.

Officials said sea levels are rising ever faster and ice is melting, while intense heatwaves and floods are now becoming more regular occurrences.