Well done to both our first and second year basketball teams on their respective victories, 24-16 and 36-28, over Naas CBS. They both now progress to the Midlands League final where their opposition will be Presentation College, Carlow. 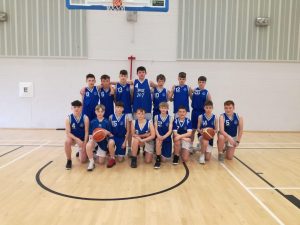 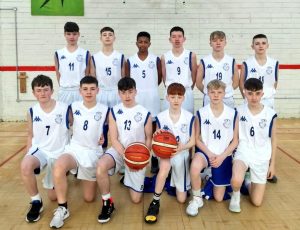 Well done to Mackenzie McIvor who finished 14th in the All Ireland schools cross-country race on Saturday in Santry. With this result, he will go on to represent Ireland as part of the Irish junior cross-country team.

Congratulations to the Tullow Community School junior ladies rugby team who have qualified for the Leinster finals.

On a day with perfect conditions for rugby, the girls produced a great brand of rugby to gain qualification with a mixture of physical and silky skills on show.

The 2019/2020 season proved to be a successful one for the boy’s senior hurlers. Silverware was captured in the South Leinster final. On a bitterly cold December morning, Ferns Centre of Excellence in Co Wexford was the destination for a game that bellied its winter demands. Both PDLS and Colaiste Bhride, Carnew served up a treat for onlookers. In a fast-paced, tough and highly skillful encounter the lads dug deep to see out the game by 3-14 to 3-11 and take the title back to the school. 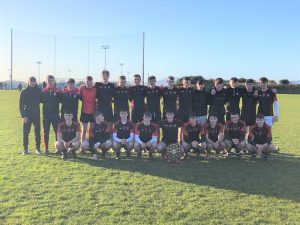 To think back to earlier in the school year, when club hurling was entering the final stages of respective championships, a title win looked unlikely,

Players were in demand and it was proving difficult to adequately prepare for matches. However, one aspect of this team’s character which was clear to see on many instances throughout the year was their unwavering commitment and effort. The attitude that was shown proved that the makings of a brilliant team was close at hand. Throughout the early games players stepped into the jersey and gave everything, importantly ensuring wins that kept the ball rolling. Once club games finished, all players turned their full effort into helping the team. Anything that was asked of the players was completed to the best of their ability.

Along with winning a title, players can look back fondly on the attitude they showed which can only be described as exemplary.

Unfortunately, the campaign ended with a narrow, heartbreaking defeat to a quality side from St Declan’s, Cabra.

Well done to the players and management who represented the team this year. No doubt, next year will come around quickly and we look forward to competing and going further.

Well done to our U15 soccer team who are through to the Leinster semi-final after an outstanding 7-0 win over Woodbrook College, Bray.

The U15 soccer team played a very high standard of football. Well done to all the team and their mentors. Goalscorers were Liam Ryan (2), Peter Grogan (2), Jack Feehan, Joao Salvador and Ciaran Fitzgerald.

The first year hockey team had a great day against St Angela’s Ursuline Secondary School, Waterford. The team got off to a great start and the score was 2-0 to St Leo’s at half time. Once the team sorted out their short corner the play improved and St Leo’s went on to win the game 4-0. This was a powerful display by our junior team.

Our senior hockey team were victorious against Loreto Wexford in an exhilarating game. After a tough first half ended 0-0, the girls fought well in the second half and an outstanding goal by Olwyn Lawlor made it 1-1 at the end of the game, leading to penalties.

Congratulations to our second-year volleyball team who beat Coláiste Bríde and Dungarvan College. The team, coached by Ms Kellie Comerford, is now through to the semi-final.

Congratulations to our first and second year basketball teams who enjoyed 32-25 and 55-16 wins over Árdscoil na Tríonoide, Athy in the Midlands quarter-finals. Both teams now progress to the Midlands semi-finals. Well done on these super performances all round!

We recently marked the 50th anniversary of past-pupil Beatrice Lambert winning the first All-Ireland schools girls 1500m race in 1970. The win was a great occasion for the school by one of our finest ever athletes.

We now meet Coláiste Eamon Rís in the final which will be held in the Waterford IT Arena next week. 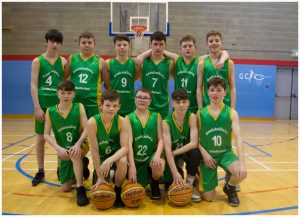 Our first and second year girls had two great wins over PDLS from Muinebheag this week. Outstanding for Bliain 1 was Abbie Rath and for Bliain 2 Ailbe Ní Ghabháin.

Our first year boys played their annual friendly match against students from St Lazerian’s School last week. It was a wonderful sporting occasion with both teams thoroughly enjoying the event.