IT was a fashion event unlike anything Carlow has ever seen when Trisha Millar decided to raise funds for both the Carlow Autism Support Group and My Canine Companion.

Trisha’s four-year-old son Harvey is on the autism spectrum and, thanks to his mother’s previous fundraising activity, he has a special needs dog called Danny. Trisha’s family are fully aware of the time, energy, commitment and money it takes My Canine Companion to train special needs dogs, so she decided to host a fashion show with all the trimmings. They included beauty stalls and talks and demonstrations on make-up, fitness, health and wellbeing and style. 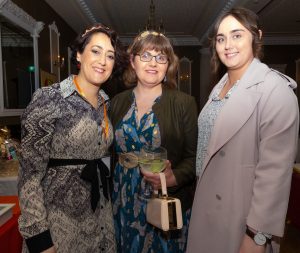 The event was also about inclusion, so some of the models were on the autism spectrum, while others who graced the catwalk were plus-sized.

The night was a resounding success, despite the looming threat of the coronavirus.

“The numbers were definitely affected by it, but we raised €3,000 on the night, which was phenomenal!” a delighted Tricia told The Nationalist. “We had a fantastic night and the craic was ninety!” 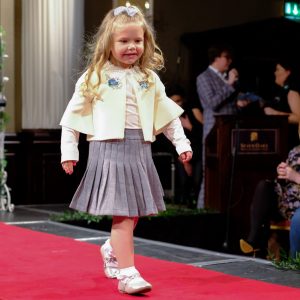 Tiffany took to the catwalk like a pro during the fashion show charity night in aid of My Canine Companion and ‘Carlow Autism Support’ in the Seven Oaks Hotel
Photos: michaelorourkephotography.ie

It was also a hugely emotional night, especially when Tricia created a video montage of families living with members who are on the autism spectrum. There were also emotional speeches from Louise Ní Bhriain from My Canine Companion and Maureen O’Sullivan from Carlow Autism Support Group.

“It was like we were letting people into our world (of autism). We don’t often do that. It was amazing,” Tricia concluded.