CARLOW & District Football League secretary Brian O’Reilly took a novel approach to keeping clubs interested in the local soccer scene during the lockdown by organising an online cup competition and there was a great response.
“The response was huge and much bigger than expected with some clubs even hosting internal tournaments to decide who would represent them,” said Brian. 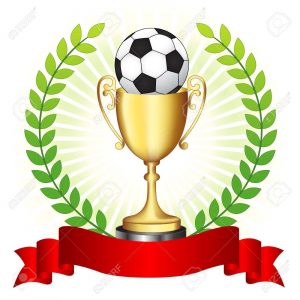 “The competition also generated huge interest on social media with over 95 people watching the final live on twitch stream.
Each club had to nominate a player to play FIFA on PS4 and Xbox and the league emailed the rules to clubs ahead of the first round which saw very high-scoring games.
Perhaps the shock of the round was when Division 2 side St Patrick’s B beat Premier Division side Parkville 7-5 in a thriller. The all-Premier game saw Killeshin A smash Hanover A 8-0.
In some of the tighter games Baltinglass B pulled of the second shock of the round with the Division 2 side also knocking out Premier opposition in the form of Ballymurphy.
Round 2 was very entertaining with all eight games seeing one team score four or more goals in some very attacking games. The two most notable results saw St Patrick’s B pull off another Premier league giant-killing when beaten pre-tournament favourites Dolmen Celtic by the odd goal in seven while Baltinglass B continued their giant-killing efforts, knocking our Crettyard.
The quarter-finals were played on Good Friday, a day which would normally see a round of evening games in the Carlow league, and the matches turned out to very exciting with St Patrick’s B coming out on the wrong end of a seven-goal thriller, losing to eventual winners Mill Celtic. 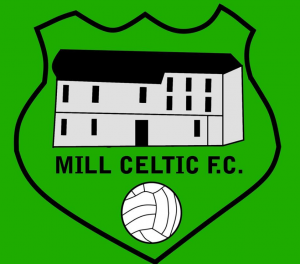 Vale A saw off Slaney Rovers A to prevent an all-Slaney semi-final. Killeshin, who were now one of the favourites, saw off Nurney to set up a semi-final with Mill who were looking very good.
The semi-finals played on Easter Saturday evening didn’t disappoint and Vale saw off the other Rathvilly side, Slaney B, having beaten their A team the day before, to secure their place in the final.
Division 1 Mill Celtic beat the last remaining Premier side Killeshin to make it an all-Division 1 final on Easter Sunday evening.
It’s has been a long-standing tradition of the league to have a Cup final on Easter Sunday morning but never before has the league had a final on Easter Sunday evening at 7pm and this final didn’t disappoint. With almost 100 people tuning in live, Vale and Mill served up a final which was worthy of the excitement created by the competition.
Mill raced into a two-goal lead before half-time only for Vale to score two goals in the 80th minute to send the final to a replay. It was now past 7.30pm on Sunday evening and for the first time in league history, a replay took place immediately after the first game!
The replay was as exciting as the first game with both teams attacking non-stop. Mill scored but each time, Vale fought back and with the game at 3-3 in the 90th minute it looked like we were heading to a third game only for Mill to pop up and score with the last kick of the game to secure the first ever Carlow Online Cup.
Such was the interest in the tournament the league has been asked by several players to hold another tournament using pro clubs and three to six players from each club. It will be a shield competition with one team per club and it will commence next week.
Online EA FIFA Carlow Cup Round 1 (Sunday 5 April)
Vale Wanderers A, Baltinglass Town A Nurney Villa and Kilree Celtic all had a bye
Killeshin FC B 1-4 Slaney Rovers A; Ballymurphy Celtic 0-1 Baltinglass Town B; Burrin Celtic 0-3 Crettyard United B; Round Tower Rovers 1-3 Slaney Rovers B; Vale Wanderers B 4-1 St Fiacc’s FC; St Patrick’s Boys B 7-5 Parkville United A; New Oak Boys 0-3 Dolmen Celtic; Mill Celtic 2-1 St Joseph’s FC; St Patrick’s Boys A 7-3 Hanover Harps B; Killeshin FC A 8-0 Hanover Harps A; Castle Rangers 0-3 Crettyard United A; Bagenalstown AFC 4-1 Parkville United B
Online EA FIFA Carlow Cup Round 2 (Wednesday 8 April)
Vale Wanderers A 4-2 Baltinglass Town A; Kilree Celtic 2-4 Slaney Rovers A; Baltinglass Town B 4-2 Crettyard United B; Slaney Rovers B 4-3 Vale Wanderers B; St Patrick’s Boys B 4-3 Dolmen Celtic; Mill Celtic 4-0 St Patrick’s Boys A; Killeshin FC A 4-1 Crettyard United A; Nurney Villa 5-1 Bagenalstown AFC
Online EA FIFA Carlow Cup Quarter-Finals (Friday 10 April)
Vale Wanderers A 2-1 Slaney Rovers A; Baltinglass Town B 1 3 Slaney Rovers B; St Patrick’s Boys B 3-5 Mill Celtic; Killeshin FC A 2-1 Nurney Villa
Online EA FIFA Carlow Cup Semi-Finals (Saturday 11 April)
Vale Wanderers A 3-1 Slaney Rovers B; Mill Celtic 3-2 Killeshin FC A