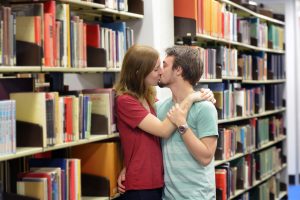 Ah, college! It’s a time when you are granted maximum freedom, the luxury to do whatever you want and, for a lot of people, it’s their first time being away from home. That means lots of new experiences and lots of opportunities to get up to mischief. Brace yourself, as Brian O’Mahony gives you an insight into the secret life of the Irish college student

COLLEGE really is a wonderful experience. It is full of new adventures, new people and (mostly) an unlimited amount of freedom from your parents. With this new-found freedom and independence come risks and dangers. College students are exposed to alcohol and drugs and, of course, sex.

These are the most talked about elements of the college lifestyle, and rightly so. College life has changed so much in the last 20 or 30 years that I think your eyes will pop reading about our sexual antics. Or maybe I’m deluded, and this caper has been going on for centuries and it’s only now we have the chutzpah to talk about it.

Before I shock you with the sexploits of Irish students, I’m going to challenge your assumptions. Breaking news! Sex is not bad. It’s good. And it’s good for you. Sex is a hot topic which everyone is interested in. Sex is great – it has many health benefits such as boosting our immune system, reducing prostate cancer in men and lowering blood pressure. Also, sex is a form of exercise: studies have shown that the average sex session, which lasts between three to seven minutes, burns over 100 calories – something to think about since we are all cooped up at home these days.

Still, with sex there also comes risks and danger. And the list is endless when it comes to the risks and dangers of sex. These can be in the form of unplanned pregnancy, the risk of sexually transmitted diseases and mental health issues. Consent is also one of the main topics: you don’t have sex with people who do not agree to the plan. It’s wrong and against the law. I say this as it could be news to those of you who grew up watching Benny Hill.

The facts are that Irish college students in this day and age are more sexually active than they ever have been. You can link this to several factors such as the spiraling hormones present in post-pubescent college students, the increasing number of dating and hook-up sites present on our mobile phones, most notably Tinder and Grindr, and the experience of being away from those controlling parents.

For those who may not know, Grindr is a geosocial networking and online dating app which is geared towards gay, bisexual and transsexual people. There is something for everyone who wants to hook up and we don’t judge. College is a confusing time for many students when it comes to their sexual health. Some people may find out that they are, in fact, attracted to the same sex; some students may enter college as virgins and may be looking for a partner to share their first time with; while others may discover a new sexual orientation.

I’d like to say something more about consent as it is a very serious subject for young adults today. Consent is one of the core components of sex. Consent is when both individuals agree with each other that they want to have sex together. There is a mutual agreement between them. However, consent is not always put in place.

A recent study has shown that 8% of females in colleges across Ireland have had non-consensual sex. Another study conducted on NUI Galway students showed that in the past year 8% of female and 3% of male students have stated that they ‘were sure’ that another individual had sexual contact with them, when they were not fully functioning due to either intoxication from alcohol, drugs or that they were passed out or asleep. The study also found that both a high number of males and a high number of females found it more difficult to say no to sex after taking alcohol. However, the number for males here was higher than females, which might surprise some. The study found that 12.5% of females and a smaller percentage of males reported that they experienced sexual contact from another individual where physical force or threats to harm them physically were used. That’s a pretty shocking statistic.

College years should be safe and carefree but, from reading this study by NUI Galway, it seems that there are many college students playing with fire when it comes to consent and sex. And there are predators out there, too. Our students are victimised by being forced into non-consensual sex and the perpetrators of this are committing crimes and putting themselves at risk of getting into serious trouble with the law. Also, students are putting themselves in harm’s way by consuming alcohol and drugs, as these substances alter one’s awareness and consciousness.

For those parents reading who have children attending IT Carlow, here is some good news to put your mind at ease. In a recent survey conducted on IT Carlow students, 94% of students asked stated they have been using contraception while engaging in sex, which is fantastic news! This gives a better insight into college students’ knowledge of sex education and shows that young people are responsible when it comes to sex.

But we need to be vigilant. Another study showed there has been a 11% increase in sexually transmitted infections among young people in Ireland. At least 5,200 people aged 18-24 were diagnosed with chlamydia, gonorrhea and genital herpes, with those diseases rampant in college campuses around the country. Trust me, you do not want to catch one of these diseases as they can become serious and are a pain to deal with. For example, some of the side effects associated with gonorrhea include excessive itching in unpleasant areas, pus-like discharge from the rectum and abdominal pain. Over 870 college students reported catching gonorrhea, which is horrific and something we associate with London in the 19th century but, no, it’s still with us and equally squalid.

Chlamydia was recorded as the highest-rated infectious disease with 3,730 people diagnosed in Ireland last year. Ick. Chlamydia, one of the world’s most common sexually-transmitted infections, sometimes has no symptoms and sometimes has a number of symptoms, including pain or burning while peeing, pain during sex, bleeding between periods for women and also lower belly pain.

The study also found that the people most at risk of contracting an STI are people of the LGBT community, particularly men who have sex with other men.

Can colleges do more to educate students on sexual health? I believe so. Colleges and student unions could promote safe sex more by offering free condoms and having more speakers in to talk to students about sex.

Vice-president for welfare and equality at IT Carlow Students’ Union, Tawyna Foster gives a better insight into the role of the students’ union in promoting sexual health, safe sex and consent in the college. Tawyna says: “I feel that as a union we do a great job at promoting sexual health and safe sex in the college as we hold numerous sex-focused talks and events throughout the college year.” She cited events such as ‘shift week’ being held in the college as an example. Shift week is a week in September where free condoms are handed out and home test STI kits are distributed also. Tawyna went on to say that the union had a particular focus on LBGT sex, also known as ‘queer sex’: “As a union, we fully support LBGT rights and respect every single student in the college and respect their sexual preference. It’s the 21st century and this should not be that big a deal anymore.”

During Fresher’s Week, a guest speaker called Anna Keogh came into the college and gave a talk on LBGT sex and rights. The union also works closely with the college nurse and it promotes STI clinics in Carlow and Waterford. The union also sets up STI workshops throughout the college year.

“Humans are one of the only species that have sex for pleasure. Students need to understand the difference between sex for pleasure and sex for reproduction; this is why contraception is so important.”

Among other initiatives to encourage students to learn more about sexual education, IT Carlow Students’ Union invited in a performer called the ‘Sex Magician’, who promoted sexual health among college students with a series of magician-like performance and tricks related to sex.

Liam (21) is currently studying aircraft systems at IT Carlow. When asked about his use of contraceptives, Liam gave a definite answer, stating: “If I was having sex, whether it was with someone I know very well or someone I do not know at all, I would still always uses contraceptives 100% of the time as I do not want to take the risk of catching an infection or getting someone pregnant.”

Liam highlighted the fear of an unplanned pregnancy and catching a sexually transmitted infection as his main reasons for wearing condoms. When asked whether college students understood the risk of unprotected sex or just simply brushed it under the covers, he said he thinks the majority of college students are extremely uneducated when it comes to sex and that he believes that most students do not understand just how serious unprotected sex can be. Although Liam acknowledged and praised the work of the students’ union, he feels a lot more work could be done by all parties in the college to give the issue of sex more attention.

Liam said: “I feel that the SU could have guest speakers in more often to talk to students about sex, consent other issues and not just during Fresher’s and Rag Week. Also, I feel that advertisements around the college advertising safe sex and consent daily would be a good way to give the issues more publicity”.

Liam added that the students’ union giving out condoms around the college more often would contribute to the cause.

Sex among Irish college students is at an all-time high. Sex has been made easily accessible for students attending college in Ireland due to dating and hook-up apps such as Tinder and Grindr. Is it a student’s own responsibility to educate themselves on safe sex, consent and the dangers of unprotected sex or is it the job of the universities or colleges they attend?

Will events such as Shag Week and Shift Week, which are held around Irish colleges, open students’ eyes to the dangers involved in sex or will they remain blind? We hope so. At the very least, our generation’s open and frank attitude to sex helps to keep us safe and well in a challenging and ever-changing world, where intimacy is needed and fun is vital to keep us humans happy, fulfilled and connected.

IT Carlow in top five performing universities in Ireland