Smiles all around as sports get back in the game

GOLFERS and tennis players around the county were like kids at Christmas yesterday morning as they became the first sports to take advantage of an easing in the governments Covid-19 restrictions by reopening their doors to members.

Equipment which had been gathering a few cobwebs in recent weeks were dusted off from early yesterday morning as clubs welcomed plenty of smiling faces.

“We were busy with a few players straight out of the starting blocks and more throughout the morning,” said Carlow Lawn Tennis Club chairperson Tremayne Horkan. “People have been locked down for long enough and they’re keen to get out of the house – so far so good.” 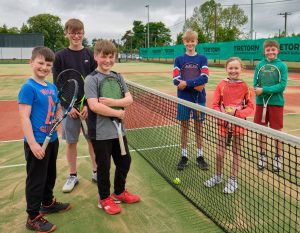 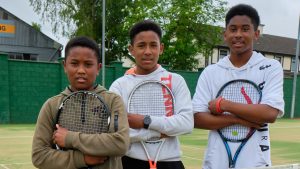 She estimated that around 50 players played on the courts throughout the day with a busy week in prospect.

“It’s great, people are coming in with a smile on their face. We have a few little restrictions in terms of the booking times etc, but people are very understanding.” 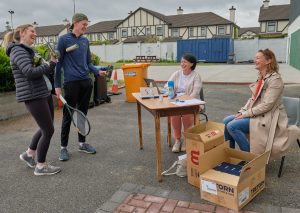 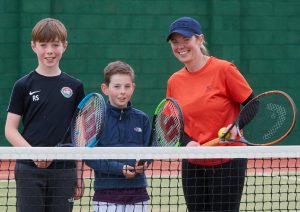 Elaine Sullivan with her sons Brian and Ronan

In the current phase, members who live more then five kilometres away from the club do not have the opportunity to play, however, that restriction is expected to be eased in the next phase.

Tremayne and tennis club president Annette Flynn were the first faces players saw as they arrived at the club yesterday. 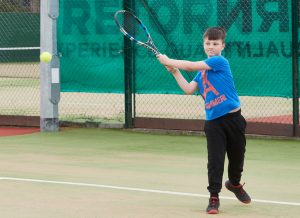 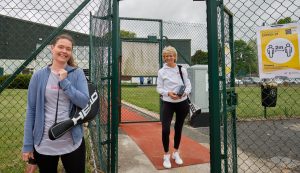 “We had tennis balls for players and we were there to help with online bookings and a little bit of troubleshooting for people. It was nice.”

“People are very happy to get back out,” he said. “As you can imagine there is a lot of pent up demand for golf. The course is in great condition, the weather has been very good. The timesheets were full for the day and in total between the three nines we had 376 players due out, so that’s quite a lot.” 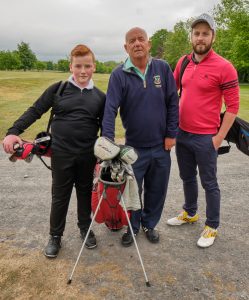 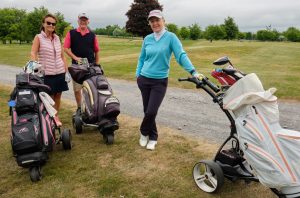 “We’re well positioned in that we have 27 holes and players are limited to nine holes, because of the demand and because we want to ease into it slowly to make sure everything is going well,” John said. 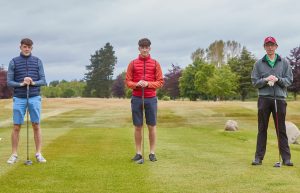 Players have quickly adapted to the new playing guidelines.

“We had a lot of communication with our members. We prepared a booklet which we sent out to members last Tuesday. And we have a social distance marshall at the start who reads out the new bye laws. So people are well primed to what the new set up is going to be.” 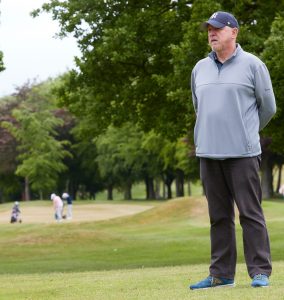 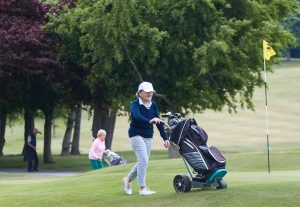 Courses ready for golf, but not as we know it

Golf’s governing bodies looking forward to a return to play