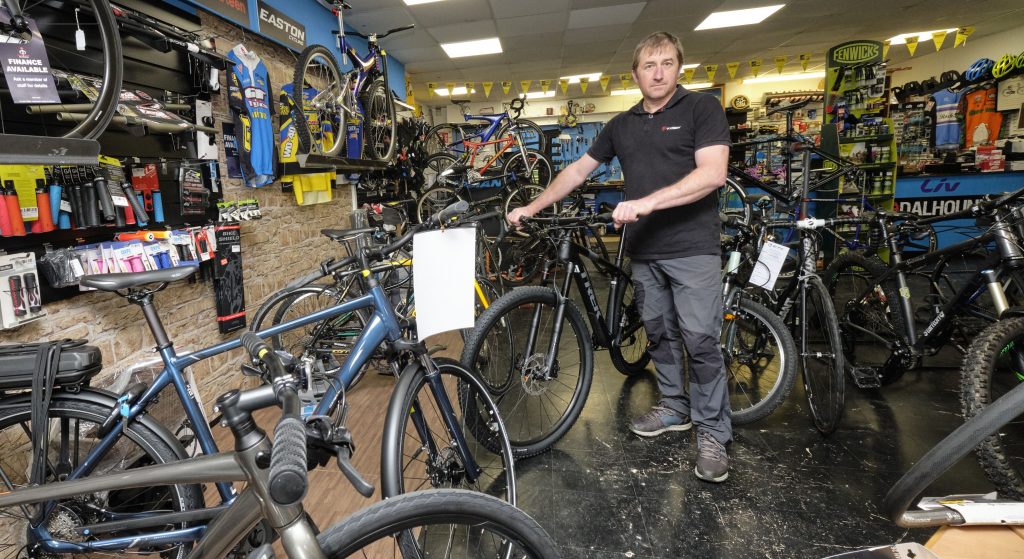 CARLOW is in the middle of cycling boom due to the Covid-19 restrictions.

Carlovians are increasingly turning to their bikes to get out and about for some fresh air and Carlow cycling shops have reported a massive surge in business in recent weeks.

“It’s been crazy,” said Gary Williams of Pedalhounds on Green Lane. “We’ve nearly run out of bikes for sale. We can’t get any, with suppliers sold out as well. Everyone around the country is struggling to get bikes.”

Gary had closed his business for several weeks due to Covid-19, but had a ‘soft’ opening last week.

“Sales are going really strong; people are coming in constantly looking to get bikes. When we can’t get bikes, people are bringing every single old bike out of the shed and asking for them to be fixed.”

He added: “We’re usually busy with repairs, but never this busy. It’s relentless.”

Gary believes that more people are looking for a reason to get outside the home, with cycling an ideal activity for all the family.

“It’s a bit of exercise and a lot of people don’t like walking, I suppose!” joked Gary.

Wally Coleman of Coleman Cycles, Charlotte Street reported a similar demand for services. He has been doing emergency repairs in recent weeks, with a one-week backlog for cyclists trying to get their bikes in for repairs. “I have about 20 bikes at the moment waiting to be started,” he said.

However, Wally did have a concern that cyclists taking to the road should do so in their 5km region.

Christopher Davey of the Carlow Cycling Campaign said the increase in cyclists has been “very noticeable” and should be encouraged in the longer term. He called for pop-up cycle lanes and better road markings for existing lanes.

He cited the cycle lane along the Burrin Road at the rear of the bus park as the exemplary cycle track in the town.

“There are enough car parks in Carlow that you do not need on-street parking,” he added. “We need to seize the opportunity here.”

What it’s like to live… on a Covid-free island