IT was a touching moment when three-year-old Jamie Curran kissed his granny Margaret through the glass at her home in Dereen Heights recently.

Jamie’s mum Cathy captured a lovely snapshot of it, but something else was recorded, too.

The photo features a likeness of the late Charlie Curran, Margaret’s husband, who passed away in 2006.

It has given the family and others a lift in what have been dark times for many.

“It’s such a difficult time for everyone not being able to see loved ones. Seeing that has given everyone a bit of hope, a lift,” said Charlie’s son Charlie Jnr.

The Currans are a close-knit family and Covid-19 is the first time the family have been divided.

Sunday 10 May was Jamie’s first time seeing his granny in several weeks and the family took heart that Charlie was still with Margaret.

“It makes you think he is looking after her,” said Charlie Jnr. “It gives us peace of mind that we don’t have to worry about her, because we do.”

There is no obvious explanation for the likeness, which even has Charlie’s moustache. 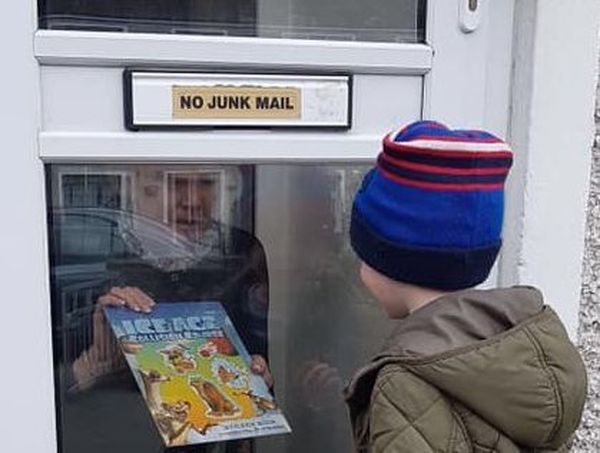 People who know a bit about photography have looked at it as well, but with no easy answers. There was no photo of Charlie Snr near the door in the hallway.

Charlie Jnr, who has a resemblance to his late father, was standing behind his wife Cathy when she took the photo, so a reflection doesn’t add up.

“I know that’s not my mother in that glass, that’s for sure. What you see is what you see,” said Charlie Jnr. “I can’t explain it.”

The photo was posted on Facebook and Charlie Jnr actually hadn’t seen it until he was messaged by his aunt Rose.

The text went something along the likes ‘Do you see what I see’, recalled Charlie Jnr.

“As soon as the picture was sent to me, I could see without even zooming in on it. It was that vivid to me.” 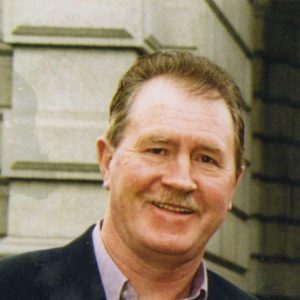 Family members were equally taken aback and moved by the photo, but there have been other little signs that Charlie is never far away. Originally from Bagenalstown, Charlie was 52 when he passed away following a heart attack.

The hugely popular Charlie Curran Memorial Run was set up in his memory. In its first year, the event was won by an athlete with the race number 52.

“Seeing the picture is reiterating what we already know,” said Charlie Jnr. “We know he’s around.”