Pets are being spoilt rotten during lockdown! 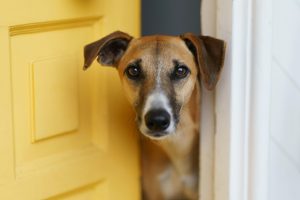 Pets are taking full advantage of the lockdown!

A SURVEY of pet owners in Ireland this week has shown that 72% of people enjoyed spending time and playing with their pet more as they continue to entertain their furry friends now that they’re home a lot more.

The survey of Irish pet owners carried out by Surveymonkey found they are spending more money on their pets since lockdown came into force. Whether it’s on food or toys, our furry friends are certainly being more spoiled now than ever, with so many owners now working from home.

When asked had they bought anything new or unusual for their pets to keep them entertained, some of the responses included:

Being good company and good for mental health were the two main positives (74%) that pet owners said they had for having a pet during lockdown. The remainder of those surveyed said their pets were a great motivation for them to exercise, while they also received lots of love and affection from their pooches, which are huge advantages.