Lidl gets go-ahead to build new store in Bagenalstown 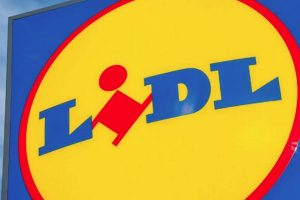 A BAGENALSTOWN Lidl store has received the green light and will open in 2021.

Lidl was successful in defending a planning appeal for the proposed two-storey store and coffee shop on the Royal Oak Road at Moneybeg.

A Lidl spokesperson told The Nationalist that it is planned to open the store in 2021 and construction work is set to begin this summer.

The proposal, which was initially granted planning permission by Carlow County Council last year, caused contention in the locality.

Mr Connolly had engaged the services of planning consultants Braniff Associates to appeal the situation.

The firm argued the development would be a “significant threat and vitality of Muine Bheag core retail area, which already experiences high levels of vacancy”.

The design of the Lidl store was out of character for “this historic, planned town” and access would pose a transport hazard.

Mr Dillon made similar arguments and added that the Lidl store would impact on “residential amenity through visual intrusion, noise, loss of privacy nuisance and health concerns”.

Interestingly, one observer and Royal Oak Road resident, D Fisher, supported the development and said most people locally did, too.

He submitted a petition of 1,100 signatures in support if it.

An Bord Pleanála deemed that the development would “not seriously injure the existing retail, residential or visual amenities” and was in accordance to proper planning and sustainable development.

However, An Bord Pleanála did place conditions on the application, including that no deliveries should be taken outside of 9am to 8pm and that opening hours would be between 9am and 9pm.