Singalong to favourites with The Nationalist 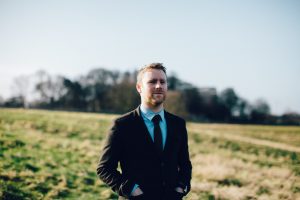 THERE’S nothing like a good, rollicking singalong to get that lovely uplifting feeling, so Aileen Nolan from Carlow Arts Office has come up with a brilliant idea to cheer people up!

Every Friday, listeners to The Johnny Barry Show on KCLR 96FM get a chance to sing along with one of their old-time favourite songs, while also getting to enjoy a lesser-known ballad from the folk annals.

The initiative is aimed at those who are cocooning and who may be missing social occasions and interactions. During this difficult time of social distancing and social isolation, we all need some means to reconnect with one another and our roots and songs and singing are a great avenue to do so.

The Nationalist will publish the featured lyrics every Tuesday ahead of the songs being broadcast every Friday on KCLR 96FM. The lyrics were completed with some background history behind the song, thanks to Dave Barron, who runs the From Carlow Streams website. That’s an online resource funded through Creative Ireland Carlow, which aims to preserve and promote songs and poems from and about Co Carlow.

This week, the singalong sessions begin with Fiach Moriarty singing Follow me up to Carlow. Fiach has toured and performed extensively in Ireland and worldwide with artists such as Paul Brady, Mary Black, and Paddy Moloney from The Chieftains.

He will be singing Follow me up to Carlow on The Johnny Barry Show on KCLR 96FM on Friday at 10.30pm, while an accompanying, lesser-known song entitled Rathvilly, where the sweet Slaney flows* will also feature on the From Carlow Streams website. Go to http://www.fromcarlowstreams.ie to hear the song sung by Rathvilly man Liam Murphy.