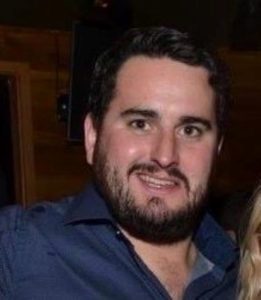 Name: John Greene
Sport: Golf (2010 South of Ireland Amateur Open champion)
Club: Portmarnock Golf Club
Earliest sporting memory: Playing hurling as a young chap in Carlow town with lads who are still my best pals today. We were very lucky to have great mentors like Shem Brophy, Martin Walsh and Richie McElligott who took great care of us.
Memorable sporting moments: Following Shane Lowry as he won the Open in Portrush last summer. I’ve been to Majors before and the atmosphere that day was something which will never be seen again and almost matched what Shane was doing on the course.
Biggest influence on career: Eddie Doyle, without the tuition and guidance from Eddie, I would never have achieved any success in golf.
Sporting hero: Seve Ballesteros. A magician, mentally tough with the heart of a lion.
Most difficult opponent: In an individual sport like golf, it’s often yourself who is your hardest opponent but I’d say Kelan McDonagh from Athlone is someone I had a few ding-dong battles with.
If I could turn back the clock: A bit like everything, hindsight is 20/20 but I’d probably change a few things from when I played international and interpro golf. I probably changed too much when I started to get some success instead of keeping going with what was working. My scheduling of events wasn’t too wise either, I played too much which made me stale. I’d probably change those things.
Your favourite holiday: I was in Brazil a few years back with a few friends and we had a really great time. It’s such a vast country that you get everything from jungles to beaches and all in great weather.
Memories outside sport: I did a J1 in Chicago with a gang of my best mates and the stories and fond memories from that are often re-told.
Favourite bar/restaurant: The Oak Room in Adare Manor is an incredible restaurant which I really enjoy. Favourite bar is Bowes of Fleet Street, the only Carlow pub in Dublin.
Three people you would bring to dinner (not family): Two golfing idols of mine – Jack Nicklaus, the best golfer of all time, and Seve Ballesteros, the most charismatic golfer. I’d then have Dermot Gilleece to get them talking with the volume of stories and knowledge he has to kick them off.
What would be heaven for you: An international cap would be a pipe dream at this stage so as a Carlow man living in Dublin, I couldn’t think of anything better than Carlow stuffing the Dubs in an All-Ireland senior football final.