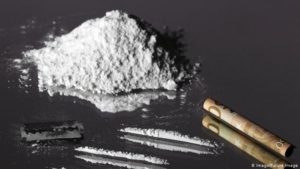 A 37-YEAR-OLD Carlow man was arrested and charged in connection with €3,000 worth of cocaine that was seized after gardaí raided a house on Saturday.

Detectives seized the drugs and other paraphernalia in a planned search, under warrant, of a house in the Mortarstown area near Carlow town at lunchtime on Saturday 27 June.

The man was arrested and brought to the local garda station, where he was charged in connection with possessing drugs for sale or supply under section 15 of the Misuse of Drugs Act. He is due to appear shortly before Carlow District Court.

Helen was a kind, generous woman who enjoyed the simple things in life