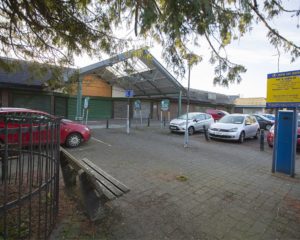 Penneys have received the green light to redevelop its Kennedy Avenue property in Carlow town.

The development would see the refurbishment of the existing store including retail, staff area, stock room, external area and replacement roof. The store would be around 3900sq metres in size.

The site has a storied history with a multi-million euro regeneration project being scrapped last year.

Property developer Eamonn Duignan from the Lexeme Retail Property Group was granted permission more than a decade ago to develop the site into 40 retail spaces and car parking for 460 cars, with Penneys as its main anchor. Eight-hundred jobs were to be created and some €70 million was to be invested. However, the ambitious plan never came to fruition before the property bubble burst. As late as January 2017, Mr Duignan was suggesting that the project was still alive.

“I am not in the habit, nor are Primark in the habit, of putting our names to something that we don’t see is going to happen,” he told The Nationalist at the time.

Mr Duignan is no longer involved in the project.