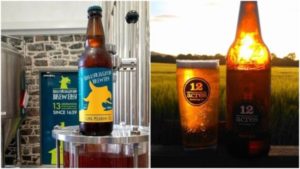 12 Acres Brewing Company in Killeshin and Ballykilcavan Brewery near Stradbally have been selected for Lidl Ireland’s supplier development programme Kickstart, now in its fourth year. The programme, which is backed by Bord Bia, supports small and medium Irish food and drink businesses to grow their brand and build their supply network, particularly valuable at a time of exceptional economic uncertainty. Lidl has invested €1 million in the programme since 2017.

The two local drinks firms are among 33 Irish suppliers who will have a chance to showcase their products on the shelves of more than 200 Lidl stores across Ireland and Northern Ireland from Thursday 30 July.