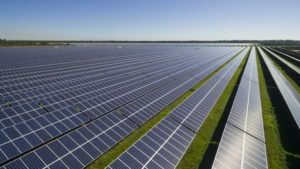 A mammoth scale solar farm proposed for Carlow has been rejected by local planners.

Dublin based company Terra II Ltd had their bid for solar farm of 127 hectares in size refused by Carlow County Council recently.

It was described as one local objector as being one of the biggest solar farms in Ireland.

The company had looked for 10 year planning permission for the farm which would connect to the national grid. It also required 28 single story electrical inverter and transformer stations.

The project had been described as a “monster” by one of a large number of local residents who had objected to the proposal.

Concerns raised include the impact on the quiet rural area including traffic and health concerns over the electricity being produced.

Terra II still have the option of appealing the decision to an Bord Pleanala.