Sadie Callinan was devoted to her family and a good neighbour 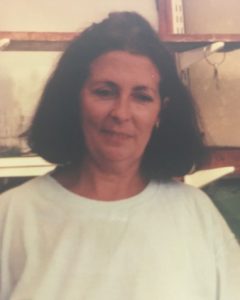 SARAH (Sadie) Callinan, The Field, Pollerton Little, Carlow, whose death occurred unexpectedly on Friday 19 June at University Hospital, Waterford, was wife of Joe Callinan, a native of St Fiacc’s Terrace, Graiguecullen and former labour mayor of the Borough of Lambeth in London.

Sadie Coyne was born on 26 November 1936 in Mullingar, Co Westmeath, third in a family of 12 children.

She met Joe Callinan at a dance in the Irish Club, Camden Town, London in 1954. At the time, Sadie was employed as a waitress in the city’s Savoy Hotel, while Joe was a cabinet maker and joiner by trade, having served his time at Carlow Woodworkers in Cox’s Lane. He left Carlow in 1952 for the English capital.

The couple married in Sadie’s local church in Mullingar on 24 June 1957, before returning to reside in London.

Because Joe’s work involved a significant aspect of him being overseas and, consequently, being away from home for extended periods, he decided on a change of direction in his career. As a lifelong Labour supporter he joined the party in London and, in time, worked his way up within the party to become mayor of Lambeth in the 1980s, serving with distinction.

During his years wearing the mayoral chain, Joe had the full support of wife Sadie.

In 1997, Joe and Sadie decided to spend the remainder of their lives in Ireland and came to live in Carlow.

For the final ten years of her life, Sadie suffered from osteoporosis, for which she was treated in St Luke’s Hospital, Kilkenny and Aut Evan Hospital, Kilkenny. During that decade she was cared for at home by Joe, her devoted husband.

In 2007, Joe and Sadie celebrated their golden wedding anniversary and in 2017 their diamond anniversary.

She was a woman of quiet, private disposition who was a good neighbour. Sadie enjoyed nothing more than tending to the Callinan garden at The Field.

Fr Tom Little, PP, Askea-Bennekerry-Tinryland, celebrated Mass in the Callinan home and Sadie’s funeral Mass was celebrated under current government health restrictions in St Clare’s Church, Graiguecullen on Tuesday 23 June, when Fr John Dunphy, PP, Graiguecullen-Killeshin was celebrant. Readings at Mass were by Sadie’s son Dermot and daughter Bernadine, while Prayers of the Faithful were read by her niece Elaine Callinan.

The flautist at Mass was Niamh, Sadie’s grandniece. During Mass, Fr Dunphy paid a fitting tribute to the qualities that Sadie Callinan brought to her life.

Joe Callinan, in a tribute to Sadie, said: “We had a great life together. She was a great mother to Dermot and Bernadine, both of whom have done very well in life, while being a wonderful companion to me for just five days short of 64 years.”