Family and friends mourn the sad passing of Ailish Tracey 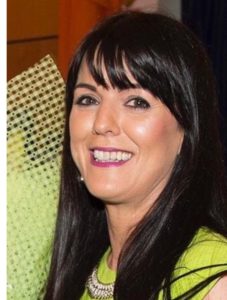 THERE was a profound sense of sadness right across Co Carlow this week following the death of Ailish Tracey (née Ryan), wife of legendary ploughman Eamonn Tracey.

Ailish from Knocklonogad, Garryhill lost her brave battle with illness at the weekend, passing away peacefully surrounded by her loving family.

Wife of world champion ploughman Eamonn Tracey, Ailish was a much-loved mother to Seán, David and Steve. She is also survived by her heartbroken parents Willie and Alice, her sisters and brothers Eileen, Michael, Kathleen, Mary, Joe, Pauline and Aoife, adored granddaughter Ella, daughter-in-law Evelyn, parents-in-law John and Lill, extended family, neighbours and many, many friends.

Ailish was a keen cyclist and also ran her own very successful business Ailish Beauty and Laser Salon in New Ross, where she was highly regarded in the beauty industry by clients and colleagues alike.

The National Ploughing Association also extended its deepest sympathy and condolences, stating Ailish will “always be remembered with the highest affection and regard, not only in the ploughing community in Ireland but around the world.

“She was exceptionally encouraging of Eamonn’s ploughing successes and triumphs and of the Tracey family’s ploughing dynasty. She travelled Ireland and the world supporting Eamonn and her family’s achievements and would always be seen on the sidelines regardless of the weather looking incredibly glamorous.

“Ailish will be deeply missed and remembered by all as having a great heart, always looking out for others combined with a quick, warm wit”.

Ailish reposes at her home today concluding with prayers at 8pm. In accordance with government guidelines, requiem Mass will take place tomorrow (Wednesday) at 2pm in St Lazarian’s Church, Drumphea, followed by burial in the adjoining cemetery.