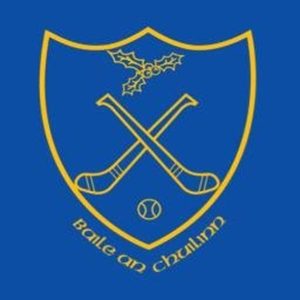 A STRONG work rate in all sections of skill and hurling from Ballinkillen for 60 minutes was enough to earn the two points on offer in this lively junior hurling championship tie against a spirited Burren Rangers at Kilbride on Sunday evening.

Burren Rangers got the show on the road with a long range point from Lochlann McGagh in the second minute. Ballinkillen’s Eoin Whelan tied the sides a minute later. Two minutes after the first water break the sides were level at 0-3 each.

Ballinkillen upped the pace and took control as they forged 0-9 to 0-5 interval lead. Burren Rangers, Seamus English-Hayden and Lorcan Doyle narrowed the gap to a single goal.

Ballinkillen took off with some inspired hurling and scored eight unanswered points with Podge Ryan being deadly accurate from any range accounting for 12 in total.

Full forward Eoin Whelan chipped in with six points. Burren Rangers never gave up even though the game was gone from them however the best efforts of Alan Curry, Billy Shanahan, Jarleth Bolger and Lorcan Doyle was not enough.

Ballinkillen’s skill and work rate was of the highest order. The two goalies deserve a special mention as pressure came on Kevin Barron and Conor Tracey they kept a clean sheet. Niall Hickey and comrades were instrumental for the winners.

AFTER their defeat the previous night in the senior championship this victory for Bagenalstown Gaels in the junior hurling Group 2 tie at the Superbowl on Sunday evening was a measure of compensation for the winning side.

Both sides fielded a mixture of experience and youth. That in itself is always interesting with some of the older players on both sides showing a competitive edge while younger lads try to exploit the space afforded to them by marking which can be a little lax at this level.

Richie Whelan was one such young player for Bagenalstown Gaels. He scored three points in the first half to help his side into a 0-10 to 0-2 interval lead. Elder statesman, David Miley, landed four points from play in the same half.

Goal scoring chances were scarce but on two occasions Naomh Bríd threatened at the dressing room end of the ground. All they needed was the ball to hop nicely for them. That didn’t happen and a solid Bagenalstown defence kept their lines intact.

Another young player, Neil Martin, scored the first Bagenalstown goal early in the second half when Miley delivered the ball long and the goal scorer got in quickly to deflect the ball past a stranded Sean Nolan in the Naomh Bríd goal. The second came shortly afterwards and again Miley had a hand in the build-up with Whelan benefitting.

Over the hour Jack Bermingham provided the scoring threat for the home side scoring three points from placed balls while veteran, Alan Brennan, at centre-back for Naomh Bríd found the posts with an excellent long-range strike.

This result revealed the holders are not going to let go of their title easily when they proved too strong for a battling Palatine side in Bahana on Sunday.

With Conor Kehoe, Declan Murphy and Aaron Ralph all scoring heavily the home side built up a 2-12 to 1-4 interval lead and coasted to victory from there.