Soccer club finally has a home after long-running saga 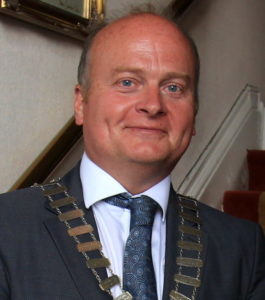 The Tullow Road-based soccer club formally signed an agreement with Carlow County Council last week granting it a lease on lands based at Ashgrove on the Tullow Road.

This formal signing ends a long-running saga about the use of this area of land, which had been the subject of a lengthy dispute between the club and the council. The council had initially feared that granting a lease to the Dolmen Celtic would hinder any local authority application for funding in respect of the much-anticipated Tullow Road community centre and sports facility.

The matter formed the basis of numerous debates at municipals district meetings and also led to the council seeking legal advice. However, compromise was eventually reached and a lease agreed upon.

Welcoming the news, mayor of Carlow cllr Fergal Browne said: “This shared space will benefit many and the councillors in the municipal area were keen for such an agreement.” He also complimented all involved in recent negotiations.

Another big rise in Carlow cases