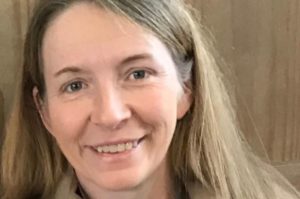 THE passing of Jenny O’Neill (née Kelly) has left a deep void in the lives of her family and everyone who knew her.

In sport it wouldn’t be wrong to describe her as a footballing legend in her St Fortchern’s club while she enjoyed a long and successful career with the Carlow footballers. Away from her playing career, she became involved in all aspects of club management serving as an officer in many facets of GAA life while also acting as a coach and mentor to underage teams.

She represented St Fortchern’s at county board level and served at provincial level with Leinster.

Jenny started with the county panel in Carlow as a sub-goalie at the age of 16. She played with the St Fortchern’s adult team around the same time when the club dominated football in the county.

Since those early years football has prospered in Carlow and has become stronger. As a goalkeeper and a member of a solid back-line, Jenny was probably one of the pioneers of ladies football in the county. No doubt she would have taken great pride and experienced much joy when Old Leighlin won a Leinster club title two years ago.

It would have brought back happy memories to her of her involvement when St Fortchern’s who won a Leinster intermediate club title. That medal would have sat nicely beside her eight senior county medals with the club while she collected three Leinster junior championship medals with Carlow and won division 2 and division 3 national league titles. She also had the honour of captaining the county on the third occasion they won in Leinster. She was Carlow Ladies Footballer of the Year in 1998.

In goal, Jenny was the eyes of the defence. She was a dominant figure and nothing went past her easily. You could say that as a Leinster delegate, a central council delegate, secretary and development officer of the county board that she represented her club and county at committee level in much the same way. Jenny fought hard to make sure their voices were heard at higher levels. 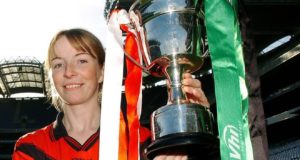 What she got out of football she gave back in spades as an administrator and was also an underage coach with St Fortchern’s. Her children, Kellyann, Christopher and Jack were already destined to follow in her footsteps and were being nurtured in the GAA tradition. Not surprisingly she met her husband, Chris, through GAA on a social occasion after an intercounty game. He was also roped in to the St Fortchern’s club and he trained the ladies team for a number of years.

You could say Jenny kind of retired from football two years ago. Yet she was on hand and still made herself available if St Fortchern’s were short on numbers on any given day.

“An emergency button to be pressed,” said a colleague.

“She wouldn’t have let us down and would have stepped in if she was needed.”

Right up to the week of her passing she had been enquiring how training was going and how players were shaping after the Covid restrictions had been lifted.

Living locally, she went to school in Tinryland NS and from there she studied in the Presentation College in Carlow. She had a number of jobs but up to the time of her passing had been working in Jones Business Systems where she had been for 13 years.

Jenny and her family had settled in Leighlinbridge. Jenny turned forty last September. A few short months later she was diagnosed with cancer and after a three month battle she passed away in July.

Before her diagnosis she had been training for the half marathon in London. She had done the Dublin marathon some years previously. She never drank or smoked. Around that time she had to deal with the passing of her mother, Ann, who passed away in June. Despite all that was happening in her life, which was set to be cut short at far too early an age, she still kept herself involved and remained interested in the fortunes of the club.

Now her immediate family have to cope with their loss. No doubt, they will have been lifted by the memories which countless people will have shared with them in those dark days in July. Jenny was married to her husband Chis for 18 years and had three beautiful children Kellyann, Christopher and Jack. Her family would readily agree that they were her life and remember a person who kept them on their toes all the way through her illness.

She was a great organiser and everything was done with military precision. They remember a person who, when her mother’s month mind was approaching, sent all the family a message with a list of what had to be done and ordered everything. All this was done while she was in hospital.

Affectionately known as Jen, Jenny had a great love for the races which she and her husband attended regularly. In particular they loved ladies day and really enjoyed getting dressed up for the occasion. Everything had to be matched and she loved a little flutter on the horses.

Jenny will be remembered as a remarkable person with an abundance of energy who was always planning what to do next be it holidays with family, the next race, football matches etc. She just loved life and lived it to the full.