CARLOW have installed Niall Carew as manager of the senior football squad. 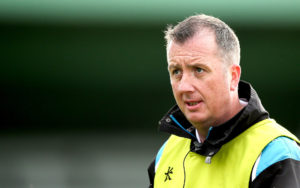 Carew will bring former Dublin and St Vincent’s star Ger Brennan with him as coach and selector, and they will link up with Darren Leonard and Simon Rea, who had already been ratified as selectors for 2020.

The Kildare native was interviewed as part of a lengthy process and along with Brennan met with officials again on Monday night, and the appointment was to rubber-stamped by the county executive tonight.

The managerial position was vacated by Turlough O’Brien following the postponement of the championship due to the coronavirus outbreak, to “facilitate a smooth transition for the new season”.

O’Brien enjoyed considerable success since taking over the perennial Division Four outfit in 2014, securing promotion in 2018 and then masterminding a Leinster quarter-final triumph over Kildare, despite relatively scant resources and a history of failure.

His coach, Steven Poacher was considered an early contender for the position, along with Éire Óg manager Joe Murphy and Laois coaching maestro Pat Critchley.

It is understood that a number of candidates were approached and interviewed, with Carew impressing.

Carew is a former Sligo and Waterford manager, who was also a coach/selector with his native Kildare for five years with Kieran McGeeney. He also has experience of Carlow football and brought Palatine to the 2018 county final where they were beaten by Éire Óg.

Brennan won three All-Irelands with Dublin and captained St Vincent’s to win an All-Ireland club title. He is Head of Gaelic Games at UCD and they won the Sigerson Cup for twice in his first three years in the role, having endured a 20-year famine.

A coach within Dublin’s development squad structure, Brennan was a leader on the Maynooth College teams managed by Carew in 2004 and 2005.

The new management team will not have much time to alter much, with collective training prohibited from until September 14.

Carlow, who will be without the services or recently retired Daniel St Ledger, are scheduled to get their provincial campaign under way on the weekend of October 31/November 1 against Offaly. A victory there would set up an interesting date for Carew with Kildare the following week.