Ed Byrne will captain the side for the first time in a competitive fixture, starting in the front row with Irish internationals Seán Cronin and Michael Bent. 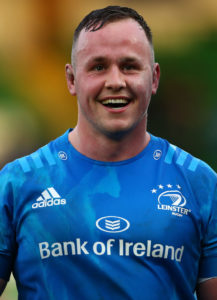 Carlow native Byrne made his debut in February 2014 against Zebre and will win his 54th Leinster cap tomorrow when he leads out his province for the first time.

Devin Toner starts in the second row with Ross Molony, while Josh Murphy, Will Connors, and Max Deegan complete the starting pack.

In the backs, Leo Cullen has selected a back three of Rob Kearney, Hugo Keenan, and Cian Kelleher.

Ciarán Frawley and Rory O’Loughlin is the centre partnership, while in the half-backs Jamison Gibson-Park wins his 90th cap for Leinster Rugby and is joined by Ross Byrne.

Leinster Rugby Academy player Tom Clarkson is in line to make his senior debut from the bench.

A week to remember for Carlow Rugby Club