Previews and captain’s profiles ahead of camogie county final day

The Ballinkillen and Muinebheag curtain-raiser which of course starts three hours before the senior game because of the issues with Covid and what the restrictions have brought should be a tense encounter. In the group stages Ballinkillen prevailed 2-11 to 1-11 so form would suggest another close game. By winning a three team group they went straight into a final while Muinebheag will have been delighted to get a game under their belt even if they easily beat Burren Rangers who were entering the unknown by fielding a first adult team in their history this year.

Muinebheag’s Eve Sinnott, Chloe Cody, Emma Lillis and Emma Byrne are having a great season but Ballinkillen must still be slight favourites.

With 20 senior camogie titles in a row behind them the Myshall players are spurred on in a way the Munster rugby team motivated themselves in not wanting to be the first team to lose their unbeaten European home record at Thomand Park.

All records get beaten eventually. All teams get sucked into terms of mediocrity and some day, just like Munster lost to 13-6 to Leicester in 2007 (Is it really that far back?), Myshall will not win the Carlow championship.

The club, the players and the management team continue to ensure the record will not go on their watch. Next Saturday they put their title on the line against Naomh Brid whom they beat 2-11 to 0-11 in the group stages.

Mark Ayres is manager and he reveals the players worked hard during the lockdown to keep themselves in good condition.

“We were doing all the work during those weeks and the months,” he said and when the restrictions were lifted they got back onto the field with some quality challenge games.

“We went down to Waterford to play Gailltir the All-Ireland intermediate champions. It was a good performance They had a bit more in the second half. We also played De La Salle. These are all good games to get leading into a championship. We have lots of young players,” he said.

If full-forward, Ciara Quirke scored 3-11 in the semi-final win over St Mullins the two younger corner forwards beside her excelled with Emma Coogan nailing 1-2 and Caoimhe Jordan accounting for 0-5.

Naomh Bríd have it all to do. Their manager, Mark Brennan, who led Myshall to All-Ireland success in Croke Park knows all about them. Yet he says he is not motivated in a way where he would love to lead his own Naomh Bríd club to victory over a side he previously managed.

“This is my third year here. We have been building for the last couple of year. It is another step on the road. Myshall are a fantastic team. They are the benchmark which we have to measure ourselves and get ourselves up to,” he assesses.

It is hard to see Myshall slip up this year. Naomh Bríd will look to Emma Brennan at full-back. The Sawyer sisters, Rachel and Jenny, are sharp but Eibhe Lawler had a wonderful semi-final performance against Mount Leinster Rangers. It is still hard to see Myshall not continue their winning run this year. 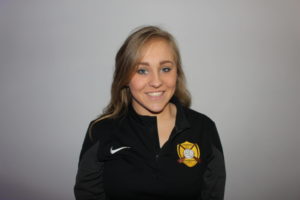 Biggest Influence on Sporting Career: My mother and father, Nuala and Tom Quirke. My biggest supporters but never too shy about telling you when you have an off day. 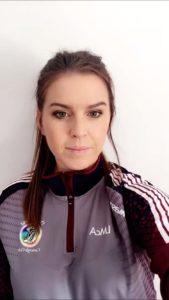 Lisa is at the heart of Naomh Brid Senior’s revival in recent years. Lisa was also a member of the Carlow All Ireland winning panel in 2016 & her experience has been vital in bringing on the younger members of the current Naomh Brid panel as she led this young group with back to back Junior titles in 2017 & 2018. Finally, 2019 saw Naomh Brid win their first Senior League trophy again with Lisa being instrumental on the day. Naomh Brid are back in the Senior Final for the first time since 2012 & with Lisa leading a talented squad to their toughest test yet, hope are high for this years Senior Final.
Lisa continues the family connection with Naomh Brid in County Senior Finals as her Mother, Mary Abbey, wore the Maroon & White on many occasions & was a member of Naomh Brid’s last Senior County winning team. 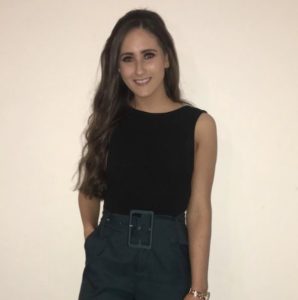 Past Times: Sport, food, spending time with family and friends 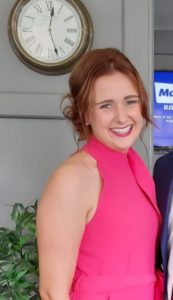 Past Times: I enjoy spending time with my family and friends as well as walking, playing camogie and reading. 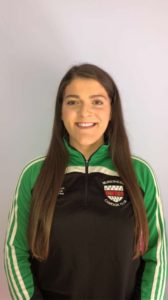 Past Times: Sports, spending time with family and friends.

Biggest Influence on Sporting Career:  My family and my teammates, no better people to drive you on.