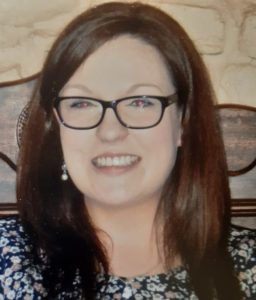 THE family and friends of 35-year-old Suzanne Holligan, who passed away from cancer in August last year, are taking part in a hike in Glendalough in her honour tomorrow, Saturday.

Suzanne, from Beechwood Park, Carlow, was Tommy and Nuala Holligan’s only child. When she passed away last year after a three-year battle against cancer, she left behind her heartbroken parents, partner Dave Caraway and toddler Rian, now aged just three years old.

Suzanne was a member of An Garda Síochána and was stationed in Greystones and later in Baltinglass. She also had a real interest in forensics and had completed a course in the subject with the hope of specialising in it in the gardaí. Sadly, her young life was cut short before she realised that ambition.

Tommy, Nuala and Dave have decided to take to the Wicklow hills and walk in Glendalough in her honour along with some of Suzanne’s friends.

They are raising funds for the oncology departments in both Tallaght Hospital and St Vincent’s Hospital, Dublin, where Suzanne was treated, so her friend Michelle Hickey set up a GoFundMe page and €3,840 has already been raised.

If you’d like to join Suzanne’s family on tomorrow’s walk in Glendalough, meet at the upper car park at 11am.