Sing a long with The Nationalist and KCLR FM 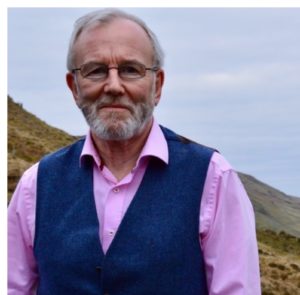 The Arts Office of Carlow County Council along with Creative Ireland Carlow is delighted to present a second series of thehighly successful From Carlow Streams Singalong Sessions kicking off on KCLR 96 FM on Saturday 12 September at 10.30pm. The From Carlow Streams Singalong Sessions is an initiative aimed towards individuals cocooning around the county who are missing social occasions and interactions. During this difficult time that requires social distancing and social isolation, we all need some means to reconnect with each other and our roots, and songs and singing are a great avenue to do so.

For this partnership project, each week The Nationalist will print the lyrics of a song that we are all familiar with! Our partners in the project, KCLR will feature the same piece sung on its Johnny Barry Show, presented by Brendan Hennessey, on Saturday nights just after 10.30pm. Singer Fiach Moriarty will invite listeners to join him in a mass singalong session! We are also inviting you the listener/singer to participate by taking a video of yourself and /or your family singing along with Fiach and sending by WhatsApp to Aileen Nolan – Creative Ireland Carlow on 087 358 0224.

Aileen and her colleagues in the arts offic are delighted to work with singer/songwriter and Carlow resident Fiach Moriarty on this project. Fiach has toured and performed extensively in Ireland and Worldwide.

They are also teaming up with local man Dave Barron, of http://www.fromcarlowstreams.ie. Dave will provide us with a Carlow-related song from his website which will be featured as part of the project. From Carlow Streams is an online resource funded through Creative Ireland Carlow which aims to preserve and promote Songs, Stories and Poems from and about County Carlow. So, there will have two opportunities each Saturday night to singalong!

Songs of emigration were popular, with nostalgic memories of those who had to emigrate to make a living. The typical theme was of the emigrant forced away from home and his loved ones to find work, amazed by the new environment he found, remembering people and places where he grew and hoping to return to his home place for his final rest.

The Mountains o’ Mourne: This song carries all the elements of the song of emigration. Percy French was probably the most prolific and successful of Irish song writers. He wrote this song c. 1896. He gave the words to William Houston Collisson who put them to the old Irish air ‘Carraigdonn’. The song has been recorded by a litany of famous singers from all musical genres, including Peter Dowson, Daniel O’Donnell, Brendan O’Dowda, Finbar Furey and Don McLean. The word ‘mourne’ was the term given to the end of a sheephook, probably the shape resembled by the curve of the mountains as they ‘sweep down to the sea’.

My Dear Native Land Far Away: Compared to the Percy French song, this Carlow song is little known. On the website www.fromcarlowstreams.ie it is sung at a Rambling House session by Pat Curran, recorded by Eddie McDonald. The song follows the same formula as the more famous one. The emigrant was forced from home by harsh laws and poor living opportunities, is amazed by the new environment and remembers fondly the places where he grew. He hopes to return there for his final rest. And what better place to rest than in ancient St Mullins!