Thousands of students set to return to IT Carlow 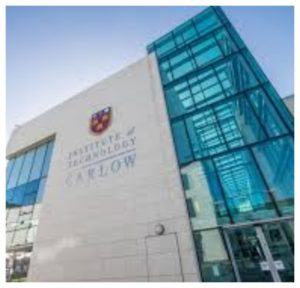 STAFF and management at IT Carlow are putting the final details in place before thousands of students return to college next week. Almost 5,000 full-time students are expected to descend on the town when the academic term begins on Monday 21 September for everyone except first years, who will start their third-level journey a week later.

“The first years are starting later so it’s the reverse of other years because of the CAO results being delayed,” explained David Denieffe, vice-president for academic affairs.

Some 200 international students will be among those attending the Carlow campus, including young people from China, India and the Middle East, down from the usual 500 foreign students who normally attend IT Carlow. In line with “agreed international protocols”, the students will be collected by college staff from the airport and accompanied to Carlow, where their movements will be restricted under quarantine guidelines for a period of two weeks.

Students in all faculties will be physically in the college and teaching will be a hybrid learning model that integrates digital, recorded and traditional face-to-face classes in a structured manner.

“This has been carefully planned to protect the academic integrity of our academic programmes and awards, while abiding by all public health guidelines. Proper social distancing for all lectures will be adopted and enhanced protocols will be adapted for workshops and tutorials, where students require access to workshops, specialist equipment, resources and labs,” a spokesperson said.

Mr Denieffe is confident that all systems have been put in place to “keep the students and staff as safe as possible”.