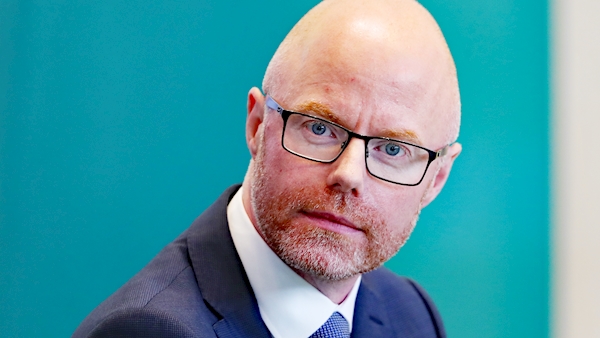 Stephen Donnelly has tested negative for Covid-19, according to the results of a test the Minister for Health took today, RTE has reported on Tuesday night.

It comes as the Dáil resumed this evening after adjourning earlier as news emerged that members of the cabinet were restricting their movements. Junior Ministers filled in for their senior counterparts.

It was also confirmed that Dr Ronan Glynn, the acting chief medical officer, was restricting his movements according to the Department of Health.

He met with Ministers on Monday for a briefing on the latest coronavirus development.

The Ceann Comhairle, Sean O Fearghail told TDs that earlier having received an “extremely urgent communication” from government, in accordance with that communication he took the decision to adjourn:

“It was indicated to me before I arrived that there might be a problem with the minister for health’s availability, while we were waiting, I was approached by a very senior member of the team who had received a message from government to the effect that there were problems with the availability of ministers to transact business here and the advice that we were receiving from government was that the House should adjourn and that it would be recalled in due course by the Taoiseach,” he told TDs.

“Now, that’s quite simple and straight forward, and the Taoiseach has now clarified the matter and recalled the House.

“I have no difficulty with how I acted, I don’t think anyone else would have acted any differently. How we came to be asked to take that action at that particular time is another story … I hope my explanation is crystal clear to everyone.

An announcement was made earlier todat by the Ceann Comhairle that the Dáil had been adjourned.

Following a positive test result, the person is now only required to self-isolate for 10 days if they are not displaying symptoms.

However, close contacts of a confirmed case are still required to isolate for two weeks.

The Minister was due to take a session of questions in the Dáil this evening, instead the Ceann Comhairle Sean O Fearghail made this announcement:

“I’m told that rising out of events today, the cabinet must now self-isolate. Therefore the possibility of proceeding with business is out of the question.”

Meanhile, Sinn Fein president Mary-Lou McDonald described the developments at the Irish Parliament on Tuesday as a “bad turn of events”.

She said she wishes Health Minister Stephen Donnelly well after he indicated he planned to take a test for Covid-19, but cautioned against closing government down.

“If anyone needs to be tested, of course they need to be tested. But we have to avoid, if at all possible, closing down Government business,” she told RTE.